Win an event on the US PGA Tour and you know you have arrived in the world of golf.

And South African-born ‘rookie’ Aaron Wise capped that mid-season win off recently when he was named the 2017-18 PGA Tour Rookie Of The Year. 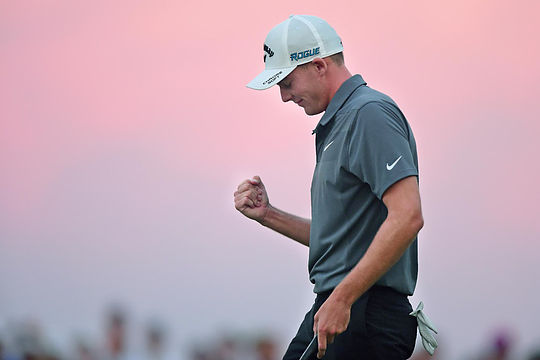 “That was awesome, everything I ever dreamed of,” Wise said of his win.

“To walk up 18 knowing I kind of had it locked up was pretty cool.”

“I don’t think many people get to do that their first win.”

“It was truly special for me.”

Just 22-years-of age, Wise graduated out of the University of Oregon and began to make his mark when he won the 2016 NCAA individual title.

After turning professional he quickly grabbed that first PGA Tour win as well as four top-10 finishes in 29 starts for the season, including a second placing in the Wells Fargo Championship.

He was one of the eight rookies to qualify for the FedEx Cup playoffs although he was the only one to make it to the season-ending Tour Championship. Only three rookies won events on the PGA Tour in the season just ended with the others being Austin Cook and Kodaira.

Following Wise in Rookie of the Year voting, which is open to PGA Tour members who logged at least 15 starts last season, were Cook, Kodaira, Keith Mitchell and Joaquin Niemann.

“I didn’t come from a lot; lot of people don’t know that,” Wise said.

“I didn’t get to travel a bunch when I played junior golf.”

“Kind of all along it’s been, very, very few moments to shine and I have to take advantage of them.”