After 16 years Nick Faldo is hanging up his headphones

Six-time major champion Nick Faldo has announced his retirement after 16 years as lead golf analyst for CBS. Faldo will wind up his highly successful stint on US television at the Wyndham Championship in early August.

South Africa’s Trevor Immelman, who won the 2008 Masters and currently serves at the captain of the International Presidents Cup Team, will take over Faldo’s duties alongside Jim Nantz beginning at the 2023 Farmers Insurance Open in January. 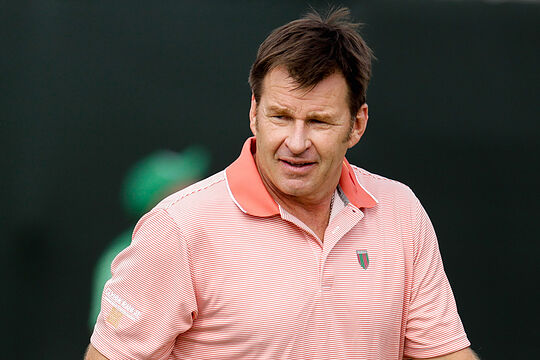 “Sir Nick has had a remarkable career on network television for nearly 20 years and is one of the most accomplished commentators to ever sit in the 18th tower,” said CBS Sports Chairman, Sean McManus.

“Nick brought the same passion and dedication that propelled him to the world’s number one golfer to our broadcasts. He combined his profound knowledge of golf with his wit and charm, enlightening viewers and elevating our coverage.”

“We thank him for his outstanding contributions and dedication to CBS Sports. While his voice will be missed on-air, we wish him the best as he continues to positively impact the game of golf around the world.”

Faldo, who turns 65 this year indicated he and his fourth wife, Lindsay, will move to rural Montana, where he plans spending more time with family, their three dogs, and fishing the local trout.

“I have been on the road since I was 18 years old,” said Faldo. “That’s a long run of airports, hotel rooms and restaurant meals.”