For a fleeting moment it appeared as if his wrist had been broken.

Yet former world No.1 Tiger Woods indicated all was fine after giving his fans a fright during the final round of the recent US Masters. 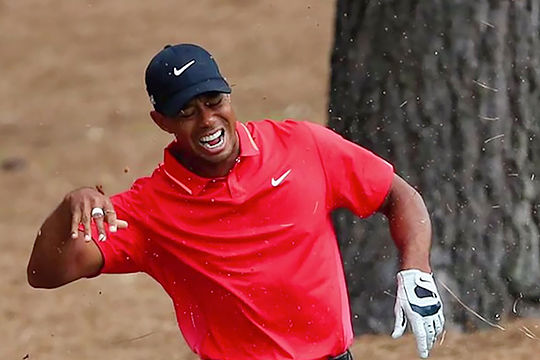 Woods grimaced in pain and wheeled away in obvious discomfort after hitting a tree root while playing a shot from off the fairway on the ninth hole at Augusta National.

Evidently it did take a few holes before the pain began to subside for Woods but he seemed to experience no ongoing problem after finishing his final round.

“A bone kind of popped out and the joint kind of went out of place, but I put it back in,” Woods told the media afterwards.

Later, when Woods’ agent Mark Steinberg was also quizzed on the four-time Masters winner’s condition he was straight to the point in an e-mail to ESPN: “The wrist is fine,” he said.

Even so Woods did suggest he would not be seen in competition for a while.

“I have a little time off, and I’ll go back to the drawing board, work on it again, and refine what I’m doing,” he said.

“I really like what I’m doing, I got my distance back, and everything is good.”

Amazingly, Woods will not qualify for the WGC-Cadillac Match Play, and he will need to add an event to his expected schedule if he hopes to be there to contest the FedEx Cup playoffs.

“It’s going to take some time,” Woods said after his Masters was finished. “So I was pleased with the way I was able to hit the ball this week.”

“I’ve got my pop back. And then on top of that I got my short game back, which was nice.”

Woods is likely to play the Tournament Players Championships and The Memorial Tournament.

But he’ll more than likely miss the Wells Fargo Championship the week after the Players as Woods’ annual Tiger Jam fundraiser for his foundation takes place that weekend.