Up and coming Aussie golf star, Grace Kim, has made the decision to try her luck as a pro on the world’s biggest women’s golf tour.

The Sydney-sider leaves the amateur ranks as the World No.30 and with an impressive resume, which includes the 2021 Australian Amateur title and back-to-back NSW Amateur wins in 2020 and 2021. 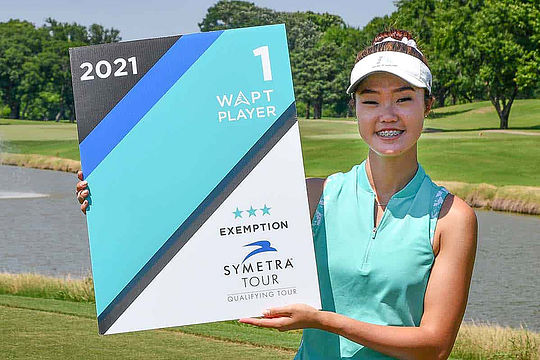 As an amateur, Kim has honed her skills on the pay-for-play Women’s All-Pro Tour this season where she secured two victories (Oscar Williams Classic and Texarkana Children’s Charities Open) against a field of professionals.

The 20-year-old also made her Symetra Tour debut in June at the Prasco Charity Championship, finishing in an impressive 10th place.

While the four-time Karrie Webb Scholarship winner bowed out in the round of 64 at the US Women’s Amateur in early August, she quickly bounced back a couple of weeks later with a top-10 in the First Stage of LPGA Q-School.

Kim will attempt to get her LPGA Tour career underway at next week’s Walmart NW Arkansas Championship, where she will lines up for pre-qualifying in the $2.3 million event.

“I’m hopeful of gaining some starts on the Symetra Tour between now and then [Stage II LPGA Q-School in mid-October]; otherwise, I will play as many qualifiers as I can,” Kim told Golf NSW.

“My goal is to make the LPGA Tour, to win and go on to become a Major Champion. I want to follow the path of my idols, Karrie Webb, Hannah Green, Minjee Lee and Tiger Woods. This is my first step.”

A winning amateur career doesn’t always guarantee a future in the professional game. However, Kim has shown she has consistently been able to mix it with the best and come out on top. We can’t wait to see how she goes.