Another snub for Sandy

Sandy Lyle has expressed his bitterness at again being overlooked for recognition, and on this occasion, his induction into the World Golf Hall of Fame.

More than 130 individuals have been inducted into the Hall of Fame, including Major winners, amateur champions, administrators, movie stars in Bing Crosby and Bob Hope, and also a US President in Dwight D. Eisenhower. 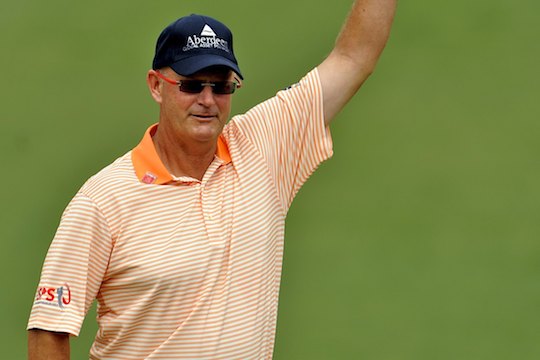 In fact, a second US President, George Bush senior will be among this year’s inductees.

However among those still living and already inducted into the Florida-based Hall of Fame are numerous individuals with far lesser credentials than Lyle, and players who failed to win even one major Championship in their careers.

Yet, Lyle who captured the 1988 Masters and 1985 Open Championship at Royal St. Georges, continues to be overlooked.

“It would make it a lot easier for me if they were to induct me into the Hall of Fame because it would help on the Champions Tour, as I could play the Tour,” he said.

“It just seems amazing that everyone seems to be going past me.”

“I don’t have a criminal record and it just amazes me that they bring out this list of new inductees every year and I’m not on it.”

“It’s just a joke. Maybe if I keep writing to them, they’ll finally induct me into the Hall of Fame.”

Despite his success in Europe, Lyle has since accepted he will never get to captain a European Ryder Cup.

But, as least, Lyle still has time in his lifetime to be on hand when his talents on and off the golf course are recognised by being inducted into the Hall of Fame.