Anthony Summers is the classic tour journeyman and a true gentleman of golf.

Hard working, approachable, dedicated and likeable. Ask any fellow professional on the Australasian PGA and OneAsia Tour and you’ll get the instant response, “top bloke”. 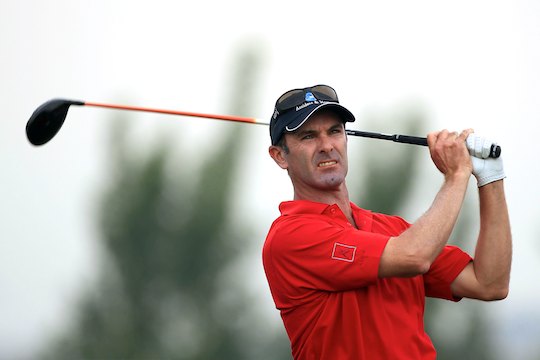 Nice guys do win and on Sunday, Summers broke his 21-year career drought in fashion closing with a 7-under 63 to claim his maiden Australasian Tour win at the 2014 Queensland PGA Championship.

What was most impressive about the victory was the way Summers, 44, and a former PGA of Australia Trainee, closed the event out.

In his own words he ‘ran through the finish line’ this time, as opposed to ‘letting the win just fall his way’.

Runner-up finishes at this event in 1996, and at the 2004 and 2011 NSW Open had taught Summers a valuable lesson with winning on tour. On each occasion victory had been close, he had come agonisingly short of the spoils.

Heading out on Sunday’s final day he was certain that another chance was not going to slip by without a fight.

Summers’ mindset was completely different to those earlier occasions when victory was within sniffing distance yet ultimately proved too far away.

“Overnight I went through a whole lot of emotions,” said Summers who held a five shot lead going into Saturday after rounds of 61-62 and then entered Sunday a shot behind the leader after firing a disappointing 70.

“I thought to myself, ‘the great players get more aggressive as a tournament unfolds and I’m not going to walk to the finishing line tomorrow – I’m going to run through it’, and by playing aggressive yesterday it worked.”

It was a clear case of self belief and what experience gives a player as Summers closed out with a 63 for his maiden win.

“The third day I was extremely tentative and it killed my momentum.”

“I spoke with my coach John Serhan and we talked about how to focus on the end result, the positives and not let anything else get in the way. Sunday was a fresh day and that’s the way we approached it.”

Summers has been plying his trade with stints on the Australian and OneAsia Tour since 1991. Before that he completed his PGA of Australia Traineeship at Sydney’s Concord Golf Club.

“It’s awesome to finally crack it for a win. I’m going through a whole bunch of emotions. It’s so exciting and a relief.”

At 44, Summers continues to enjoy his golf.

A regular on the Australian and OneAsia tours, where he finished among the top-25 earners in 2012, he still thrives on the ‘fun’ side of the game, like when he came out of Monday’s Sectional Qualifying at the 2012 US Open to gain a start in his first Major.

“I’m taking baby steps towards teaching, up skilling with coaching with the help of John and I’m really enjoying it,” says Summers, who has been helping Serhan with his elite squad members at St Michael’s for the last two years.

“My body will not hold out forever. I love the game and want to give back something back to a sport which has been good to me. I’ve made great friendships, had great support from my long term sponsors Accident & Health, my family and close friends.”

Summers is one of the best stories to come out of the game this summer. His maiden victory was a long time in the making and besides putting some cash in his pocket, it afforded the journeyman a two year exemption on Tour for one of our “top blokes”.