Appleby out indefinitely following back surgery

While Adam Scott and Jason Day strive for an Aussie victory at next week’s US Masters, Stuart Appleby will most likely be flat on his back.

The 43-year-old Victorian has undergone surgery for a herniated disc, which appears to have been an ongoing problem for the nine-time tour winner. 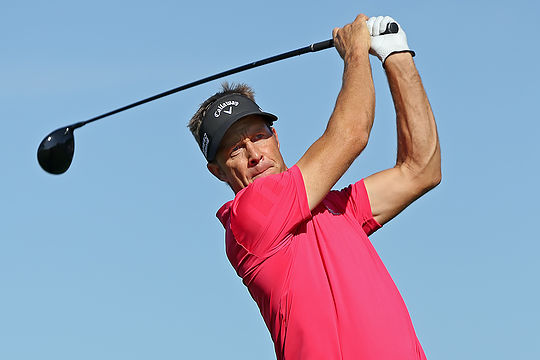 Appleby didn’t qualify for this year’s Masters after finishing 31st on the PGA Tour’s Order of Merit, which meant he missed out by just one spot, finishing just behind Dustin Johnson.

It now appears that Appleby, who hasn’t played since mid-February, will now be out of action “indefinitely”.

While he has never won a major, Appleby seems to have been around forever and has done everything else in the game.

He was beaten in a playoff for the British Open in 2002, losing out to Ernie Eels and is also famous for being one of only six players to shoot 59 in a Tour event, achieving the feat at the Greenbrier Classis in 2010.

He started 2015 with a tie for 17th in the Sony Hawaiian Open but slumped to miss his next three cuts as his back problems began to worsen.

Appleby has used constant osteopathy techniques to manage his dodgy back and had to withdraw from the Australian Open late last year after suffering some pain during the pre-tournament pro-am.

At the time his coach Steve Bann said he had a pain in his lower left side.

“It’s a completely different injury to the early issue. He’s never had this pain before,” Bann said at the time.