Arnold Palmer set to be honoured by USPS with stamp

Only three golfers in the US have previously been accorded such an honour.

So the legacy of Arnold Palmer will be acknowledged once again when the United States Postal Service releases a stamp in the great man’s honour. 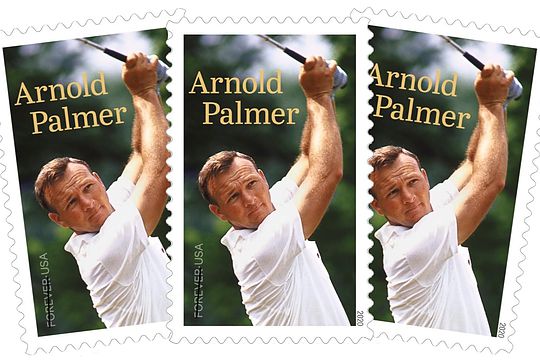 Yet he will join an illustrious group that included the late great Bobby Jones, former US Open champion Francis Ouimet and that marvellous athlete Babe Zaharias, who won 10 major championships in the US and also competed in track and field at the 1932 Olympic Games, winning a gold medal.

The ‘Palmer stamp’ is expected to be released in 2020.

And the reason for the stamp, according to the USPS, is to honour Palmer for “his positive impact and compelling story, rising from humble beginnings to become a globally-revered champion.”

They also claimed Palmer’s “drive and charisma helped transform a game once seen as a pastime for the elite into a sport enjoyed by the masses.”