One of Australian golf’s biggest names throughout the 1970′s and 80′s, Bob Shearer, has passed away suddenly at 73 following a heart attack on Sunday.

Turning pro in January 1971 at just 22, Shearer won 18 Australasian PGA Tour titles including victories at both the 1982 Australian Open, where he defeated Jack Nicklaus and Payne Stewart by four strokes for the title, and the 1983 Australian PGA Championship. 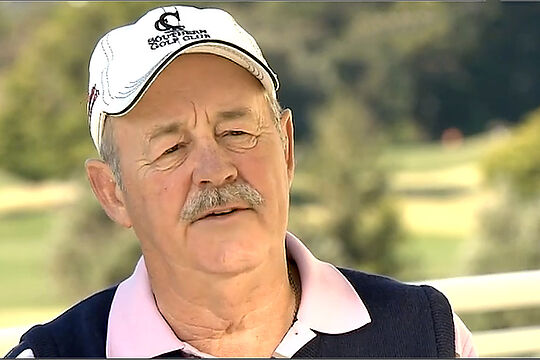 While Shearer was unable to replicate his local success overseas, he secured a handful of wins on the PGA Tour, European Tour and European Senior Tour in a professional career that began filling his trophy cabinet at the 1974 Coca-Cola Lakes Open in Australia and finished with victory at the 2001 STC Bovis Lend Lease European Invitational in England denying fellow Aussie Noel Ratcliffe by a shot.

“Bob was a giant of the game here in Australia in the ’70s and ’80s and I am just absolutely devastated that I have lost another of my great mates,” said PGA Chair Rodger Davis.

“Bob and I travelled a lot together playing in Europe and as tough as he was to beat on the golf course you couldn’t find a better bloke to have a beer with after the round.”

“On behalf of the PGA of Australia I would like to extend my heartfelt condolences to his wife Kathie and all of Bob’s family and friends at this incredibly sad time.”

Along with his stint on the European Senior Tour, Shearer spent the latter part of his career working as a course designer, becoming a member of the Australian Society of Golf Course Architects in 1993.

Shearer is survived by his wife Kathie and their two sons, Brett and Bobby.