They may already be regarded as legends in the Australian golf community.

Now Jan Stephenson, Graham Marsh and the late Jim Ferrier are among a host of big names who have been nominated to join the US-based World Golf Hall of Fame in 2019. 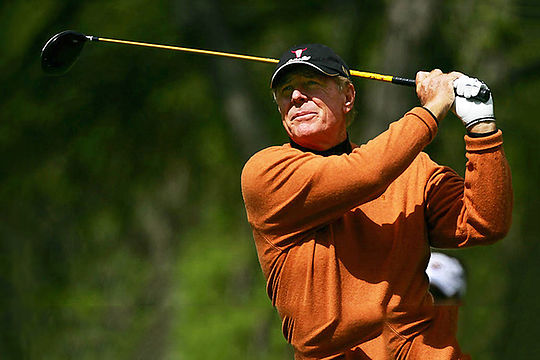 The champion trio are among 15 finalists who will be seriously considered for “enshrinement” in the class of 2019.

And when you look at the list of nominations, Marsh and Stephenson certainly have as good a chance as anyone of being named this week.

To be inducted, an individual must receive at least 75 per cent of the selection commission’s vote.

The finalists in each category are:

There are just six Australians who have already been given this extraordinary honour – Greg Norman, Peter Thomson, Karrie Webb, David Graham, Kel Nagle and Walter Travis.

Marsh, 74, was a prolific global winner, with 70 tournament victories around the world, including 20 wins in Japan. While ‘Swamp’ never won a major championship, he did win two ‘senior majors’ in the US in the latter part of his career;

Stephenson, 66, was the first Australian woman to win a major championship and ended her career with three major titles among her 26 professional titles, 16 of which were won on the US LPGA Tour;

Ferrier was the first Australian to win a major, the 1947 US PGA Championship.

The selection commission, co-chaired by Hall of Fame members Nancy Lopez, Jack Nicklaus, Gary Player and Annika Sorenstam, meets this week to discuss the merits and vote on the 15 finalists.