A year ago Rhein Gibson was grinding it out at OneAsia’s California Q-School; in less than six months he’ll be teeing it up in his first Major at the Open Championship.

The Australian is a great example of what happens when talent and dedication meet opportunity — and an inspiration for all those taking part in the 2014 edition of OneAsia’s Q-School, which gets underway in Los Angeles later this month with a second leg in Malaysia in March. 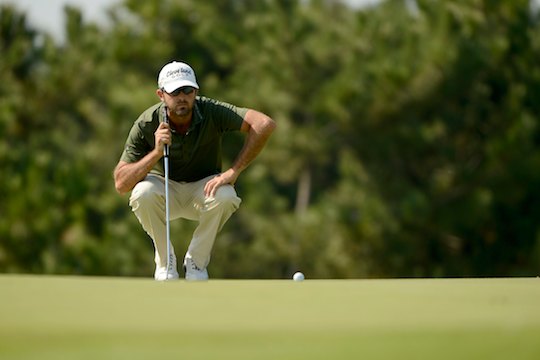 Gibson, 27, finished sixth at the inaugural California Q-School — placing him 12th on the Q-School pecking order — but he made the most of his playing opportunities to end the season 10th on the money list, earning a full card for 2014 and entry to all OneAsia’s minimum million dollar tournaments, including those co-sanctioned by the European and Japan Tours.

OneAsia decided to hold a Q-School leg in California last year to tap into the scores of Asia-Pacific players at college in the U.S. or temporarily based there to escape the north Asia winter. The exercise is being repeated this year, and entries close on Wednesday, January 22. Full details are available from the website here.

Gibson, who hails from Lismore on Australia’s east coast, had lived in Oklahoma since attending college there, marrying a local girl and grinding away on mini tours in the US.

His name may never have featured anywhere if not for a remarkable round of golf in May 2012 when he fired an incredible 16-under-par 55 at his local River Oaks Golf Club to enter the Guinness World Records as the lowest-ever round by a professional.

A blaze of publicity and media immediately followed that feat, but Gibson could have had his 15 minutes of fame and returned to relative obscurity until signing up for OneAsia Q-School.

Having done the business there, it was then a case of getting on good terms with a travel agent and waiting for tournament opportunities.

“Playing out of the Q-School category was tough as I didn’t know when I would be playing,” he said.

“My first event was the SK Telecom Open (in Korea), which I got in late — in fact last man in the field. Getting there Wednesday meant no practice round and that made it tough.”

“Knowing this, I had to take every opportunity playing-wise so luckily I got into the Nanshan China Masters where I played well.”

Having missed the cut by a stroke in Korea, Gibson finished joint fourth in Nanshan behind Major winners Charl Schwartzel and Darren Clarke and four-time OneAsia winner Liang Wenchong to bag a hat-full of world ranking points as well as a fat cheque.

“The goal for the year was to try and get into the top 50 to move into a better category. This was tough as I knew I wouldn’t have as many events as other guys. I knew I had to play well when I got starts,” he said.

“It was nice to play well at the Nanshan China Masters and lock my card up for 2014. From there I really wanted to finish inside the top 20 as it would lock in the (European Tour co-sanctioned) Volvo China Open.”

Gibson fared better going back to Korea for the Kolon Korea Open, but missed the cut on his return to home soil at the Australian PGA Championship, presented by Coca-Cola.

He saved his best for last, however, shooting two rounds of 69 over the weekend to finish joint fourth at the Emirates Australian Open behind Rory McIlroy, Adam Scott and PGA Tour stalwart John Senden — in the process grabbing one of three British Open spots up for grabs to non-exempt players.

“Playing well in your national open was really cool and it’s an event most players would say they’d would love to win,” he said.

“The Open hasn’t really sunk in and probably won’t until I get on the property and see and feel the magnitude of the event. It will be my first Major and I am really looking forward to playing and enjoying the week.”

His success means a lot of changes to his life and schedule in 2014, although he has no plans to change base from Oklahoma.

“I have a great base in the USA and even though the travel is tough, I feel that’s the best place for my wife and I.”

“Now having full status has changed my outlook for the upcoming season. Knowing I am in all the events — including the Volvo China Open — is great.”

“Looking back to where I started the year to where I finished, it has definitely been my best year to date and am looking forward to the opportunities this season.”