When you coach one of the world’s best players, you soon find your services are in demand.

So it is something of a coup for young Australian professional Su Oh to gain the coaching guidance of Cameron McCormick, already well-known as the coach of two-time major champion Jordan Spieth. 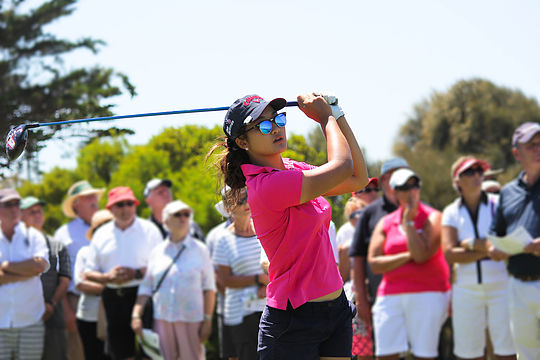 Oh, the 2015 Australian Ladies Masters champion who hails from Melbourne, is still a teenager but is already in her second year as a professional and has been chasing starts on the US LPGA Tour.

McCormick has forged a successful career as a coach in the US with the Australian professional now operating out of Dallas, Texas.

“I haven’t done too much work with him yet, but the little bit I have done has been really beneficial,” Oh said last week.

“He came out this week to help, yesterday, today and tomorrow.”

“It’s been hard for me to schedule [time] with him because of my playing schedule but now it’s easier to fit things around. He wasn’t trying to change the things that I had.”

“I saw him for two days in Dallas and he taught me how to practice and refine my skills to shoot lower scores, how to improve on what I have.”

“It was not so much technical. It wasn’t about ‘get your face more open’, it was more ‘in order to get the ball closer to the hole, try this’.”

“It was different ways to hit different shots, more around the greens. It’s been good so far and I’m looking forward to more.”

Oh has been something of a child prodigy and played in the Women’s Australian Open when she was just 12 before in later years going on to win the Ladies Masters at just her second start as a pro.

While she has had plenty of coaching in Australia, Oh sought the services of somebody based in the US and found McCormick the perfect choice.

She is now hoping to secure LPGA membership for 2017 and needs to finish in the top 80 on the money lists from a limited number of starts she has in 2016.