We’ve waited 111 years for this – so don’t write off Australia’s chances when we tee it up in the golf event at the Olympic Games next year in Rio de Janeiro.

Picture a squad like this: Jason Day, Adam Scott, Karrie Webb and young sensation Minjee Lee and you’ll know where we’re coming from. 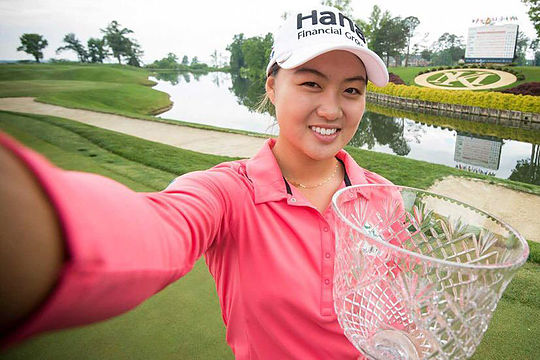 That’s because if the team was picked today, they would all be there as the race for the 2016 Games hots up.

Just 60 players of each gender will compete for medals in Rio under special guidelines approved by the International Olympic Committee.

All players will qualify through the world golf rankings as at July 11, 2016, with the top 15 on both the men’s and women’s rankings automatically invited (with a maximum of four athletes per country).

The remaining spots will be awarded to the highest-ranked players from countries which do not already have two golfers qualified, working downwards in the rankings.

Countries like the United States and South Korea (in the women’s event) may get up to four players into the field, although most countries will have a maximum of two.

Right now, the US has four of the top seven of the world rankings for men, meaning a player like Rickie Fowler, ranked No. 9 in the world, could miss out.

For Australia, under the guidelines Day (currently ranked 10) and Scott (12) would automatically qualify as top-15 players on the men’s side, and no other Australians would get in, unless an invited player declined.

Scott has said he did not feel golf needed to be included in the Olympic Games, but he has also made it clear he would not rule out playing in Rio.

Currently the next Australian on the men’s rankings is Marc Leishman at 53.

In the women’s event, Webb (ranked 15th) would be an automatic choice but Minjee Lee (17th) would also most likely find a spot in the field because she is just outside the top 15. Webb, an avid follower of the Olympics, has made clear her desire to represent her country. In fact, the 40-year-old Hall-Of-Famer has said that the lure of the Games has kept her playing on the LPGA Tour a little longer.