The 20-year-old Sydney based Kyriacou will follow in the distinguished footsteps of major championship winners Annika Sorenstam, Suzann Pettersen and Anna Nordqvist by winning the title. 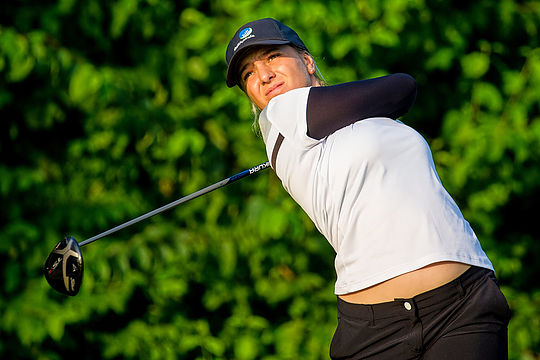 Kyriacou made an impressive breakthrough as a teenage amateur at the start of this year, winning the Australian Ladies Classic Bonville, before immediately turning professional and joining the Tour.

Since that victory and turning professional the St Michael’s Golf Club ambassador has embarked on a four-month, five-country, eight-tournament trip to Europe and the Middle East, while accompanied by her dad Nick who acted as her caddie.

She gained five top-10′s and two runner-up finishes to pocket €84,272.43 in season earnings and now becomes the third Australian to win the Rookie award following Rebecca Stevenson (2003) and Nikki Garrett (2006).

As an amateur Kyriacou won the 2019 Australian Master of the Amateurs, Australia’s highest ranked women’s title, nailing a birdie on the final hole to secure a three stroke win over Victorian Julienne Soo.