Back spasms force Woods out of charity event

The much-watched back spasms that Tiger Woods endured during the final round of last Sunday’s concluding Barclays Championship has now forced him out of a charity event being hosted by good friend Notah Begay in up state New York on Wednesday.

Begay indicated Woods place in the field will be taken by management stablemate Gary Woodland who shared second place with Woods in New Jersey. 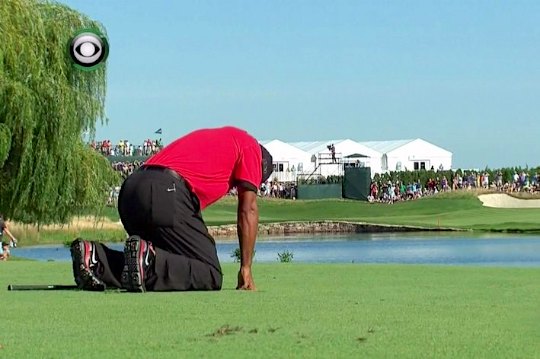 Begay said: “The important thing for Tiger is to make sure he is 100 percent healthy and not risk further injuring himself.”

Woods was clearly in pain over the closing holes and at the 13th fell to his knees after hitting his second shot.

Earlier in the week, Woods had played just nine holes during the Wednesday pro-am, saying he had an issue with a soft hotel mattress. Woods also had lower back problems during the final round of the PGA Championship.

This week’s Deutsche Bank Championship, which benefits Woods’ foundation, among other charities, does not begin until Friday and with the World No. 1 now in serious doubt to tee up in the event being defended by new World No. 4 Rory McIlroy.

Woods is already grouped to play alongside Adam Scott and Open Championship winner Phil Mickelson for the first two rounds of the $8 million event.