Baker-Finch dishes out advice for Woods

He’s been down that “rocky” road before.

So there would few armchair experts in a better position to advise Tiger Woods on his golf swing than former British Open champion Ian Baker-Finch. 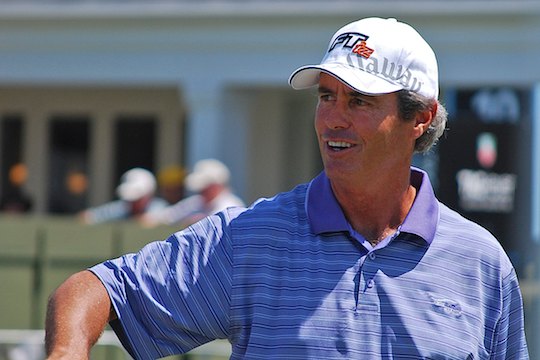 The lanky Queenslander, who is better-known as a golf commentator with CBS television these days, once attempted to make changes to his own golf swing.

And some might suggest once he did he never got it back to the lofty levels that saw him contend in several majors and win an Open Championship at Royal Birkdale in 1991.

Now ‘IBF’ has urged Woods to go and play golf alone every day for a month to ‘find’ his own swing.

“Tiger has issues with his swing,” said Baker-Finch.

Of course Baker-Finch has watched the world No.1 closely since the start of the year and was part of the commentary team studying his efforts at San Diego during the recent Farmers Insurance Open at Torrey Pines where Woods finished tied for 80th on one of his favourite courses.

“Tiger should shoot a score every day until his next tournament, not hit perfect shots on the range with Sean [Foley, his coach] and TrackMan (a radar device players use to assess their swings),” said Baker-Finch.

“Just go play golf and enjoy getting it in the hole in the lowest number possible.

“I think that’s what he used to do when he was younger.”

Baker-Finch felt Woods didn’t look “in sync” with his swing.

“His swing and his body aren’t matching up,” he said.

“It’s obvious something is not right.

“He might go out and win Bay Hill by 10 shots again and two or three others on courses where he feels comfortable.

“But there was a time, a decade or so ago, when he was top-three every time he played.”

While he may be accused of being a fraction biased, Baker-Finch believes his fellow Queenslander Adam Scott will be the world No.1 by the end of the year.