Ben Eccles is the latest talented young Australian to announce he has turned professional, signing on with the International Sports Management (ISM) agency who also represent Louis Oosthuizen and Lee Westwood.

21-year old Eccles announced himself on the scene as a player to watch when he won last year’s NSW Open, shooting 19-under par against a strong field to become only the fifth amateur to win the trophy since 1931. 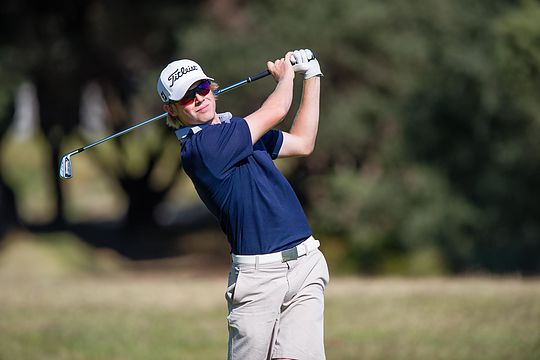 As well as his NSW Open win, Eccles also finished third at the Oates Victorian Open and 15th at the WA Open on the PGA Tour of Australasia to conclude what has been a glittering amateur career.

“I’ve been looking forward to turning professional for a long time and I will start the next stage of my career with a lot of confidence after last year’s win.” Eccles said. “I feel it’s the right time to take the step.”

Eccles will return to Thirteenth Beach for the Oates Vic Open and the Mercedes Benz Truck and Bus Victorian PGA at Huntingdale early next month ahead of a start in the lucrative Perth International at Lake Karrinyup, which forms part of the European Tour.