On the outside, Denmark’s most successful golfer ever, Thomas Bjørn, looked in full control as he steered the European team to a stunning win at the 2018 Ryder Cup, however, on the inside he was battling the demons of depression.

“I think you hide from it,” said the 48-year-old about mental health. 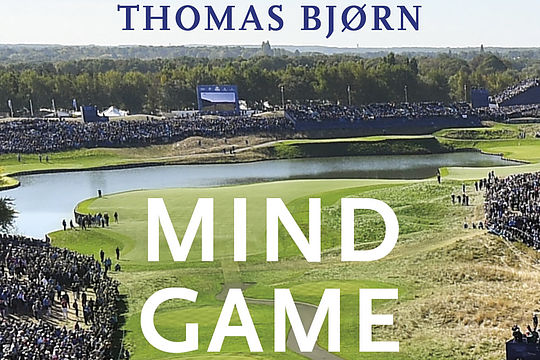 “When you’re a young man you hide your feelings. You keep pushing it away until you can’t do it any more. I finally realised I had to get everything out.”

“I had to have those conversations with myself in the mirror. I had to be so honest and strip things bare. When I went through it the second time I was receptive to my feelings, to building myself up again.”

Bjørn opens up about his ongoing battles with mental health in a new book, co-written with Michael Calvin, called Mind Game alongside some of the men he helmed in the Ryder Cup including Justin Rose, Tommy Fleetwood and Henrik Stenson.

“I was close to giving up the game,” Bjørn says. “In the end it’s almost like I didn’t want to get up in the morning. This happens because the problems you see in your head are so much bigger than they are in reality. They take over your mind.”

“You can ask all the people in the world but in the end, if your mind doesn’t respond, all of that is just noise. You need to take responsibility for what you’re thinking.”

“It’s like trying to quit smoking. If you don’t want to stop smoking, you can have all the help in the world and it’s not going to get you there. But then you wake up one morning and you’re coughing so much, and feeling so crap, you decide: ‘I have to beat this.’ You need to want to do it.”

Despite its outward appearance, golf mostly comes down to what’s in between your ears. There are innumerable players who have technically perfect swings, who fail when the pressure is on.

Golf almost broke Bjørn however he is now more at peace with the game and with himself.

“I used to blame the game for how I was feeling. But you end up hating golf because it’s easy to hate. It’s like hating a government because it’s easy to blame somebody else. But this is your life and you can turn it around. It’s not the game’s fault. I am happy I found a way to learn to love the game, and life, again.”