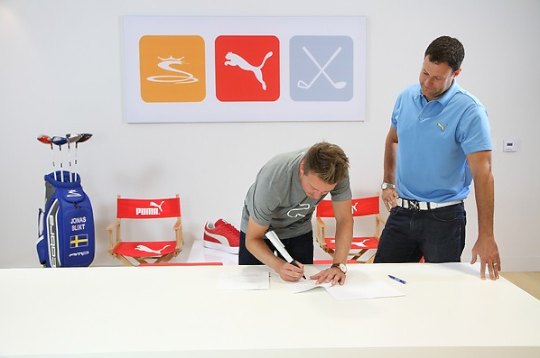 Blixt, who has secured two professional wins since signing with COBRA PUMA GOLF and is currently no. 41 in world rankings, has played a large role in increasing the company’s global exposure and following.

He was victorious in both the 2012 Frys.com Open and 2013 Greenbrier Classic. The 2013 British Open was his first-ever Major, which was followed by his appearance at the PGA Championship, at which he ended in fourth place.

“I’ve been a longtime fan of the COBRA and PUMA brands, and I’m excited to continue representing both in years to come,” said Blixt. “Being a COBRA PUMA GOLF athlete has played a significant role in helping me achieve my current ranking, and I’m looking forward to having the company’s continued support to reach the next level.”