Blizard’s waiting for it to blow

Ultra-talented Rohan Blizard is used to the windswept links of the New South Wales club – but he really could do with some wind in his sails heading into a new season.

The 26-year-old Sydneysider has quit the Asian Tour and instead will focus 2011 on competing on the lucrative OneAsia Tour in 2011. 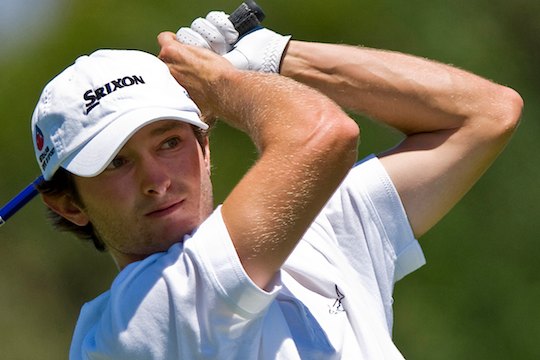 Blizard’s waiting for it to blow

Blizard has been competing on the Asian Tour since he turned professional at the end of 2008.

The 2007 Australian Amateur champion earned playing rights on the world’s third-largest Tour by finishing among the top-40 Q-School qualifiers.

Yet Blizard, who won Australia’s top amateur prize on his beloved New South Wales club course, has struggled dealing with the playing conditions to be found in Asia.

“I have been playing quite well on the Asian Tour, and it’s something I don’t mind because the lifestyle and the food are okay, but it’s just that I can’t score up there,” he said.

“My short game and my putting have let me down as I’ve been hitting around 13 to 14 greens in regulation a round but then taking something like 33 putts [a round].

“So it’s for that reason I am going to change over to playing on the One Asia Tour because the Tour plays in a different area of Asia compared to the Asian Tour.

“And from speaking with some of the fellows who are playing on the One Asia Tour, the greens should be a lot firmer and with bent grass more prevalent.”

Blizard contested 13 events in his 2009 Asian Tour rookie season earning just under $US24,000 in prize money but ranked well down in 100th spot on the money list.

“I would have two good weeks and then go to another venue and just not figure them out.

“I managed to make most cuts but it’s been no fun finishing well down the board, I can tell you.”

Despite the frustration of competing on the Asian Tour, Blizard cites his highlight of last year (2010) as finishing runner-up to Brad Kennedy in the West Australian Open at the Western Australia Golf Club.

“I was in the final group and birdied the 14th, 15th and the 16th to go ahead but Brad then went ahead to beat me,” said Blizard.

“It was a pretty decent result and any time you’re in contention it’s good, as it reassures you that what you’re working on in right.

“So even though Brad went past me to win, the result gave me a lot of confidence.”

Down the path for Blizard is the hope of – at some stage- qualifying for either the European or US Tour.

“But that all hinges on playing a lot better than I have been,” he said.

“For now I’m looking forward to playing the One Asia Tour as it all sounds pretty exciting, and besides it will mean playing for a lot more money than I have been used to.”