Big-hitting Queenslander Steven Bowditch and Sydneysider Matt Jones are heading for ‘The Big Show’ in 2013 after earning cards on the multi-million dollar PGA Tour.

Both finished inside the top 25 at the Q-School tournament in California last week with Bowditch 10th and Jones 14th, which was enough to secure their playing futures for at least next season. 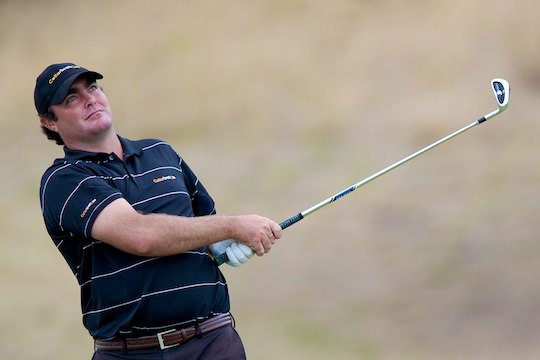 Sadly several other Aussies had their hopes torpedoed when they failed to flatter in the gruelling six-rounder.

They included the unlucky Tasmanian Mathew Goggin, who failed by just one shot to gain his Tour card for the year.

For the record, South Korean Lee Dong-hwan (25 under) won the tournament by a stroke from Englishman Ross Fisher (24 under) and American Steve LeBrun (24 under), while Sweden’s Robert Karlsson (20 under) was another to also earn a card.

So too did 17-year-old Si Woo Kim, who became the youngest ever player to earn a PGA Tour card.

Kim, at 18 under and tied for 20th thanks to a final round 68, is less than a month younger than Ty Tryon when he qualified back in 2001.

However, rules state that the Korean teenager is not an official PGA Tour member until turning 18 on June 28.