Victoria’s Bryden Macpherson has called time on a decade-long career that saw him play and win tournaments across the globe.

The 31-year-old says he is quitting the game in order to focus on the OGPA (Oceania Golf Players Association) of which he is co-president alongside fellow Aussie golfer, Whitney Hillier. 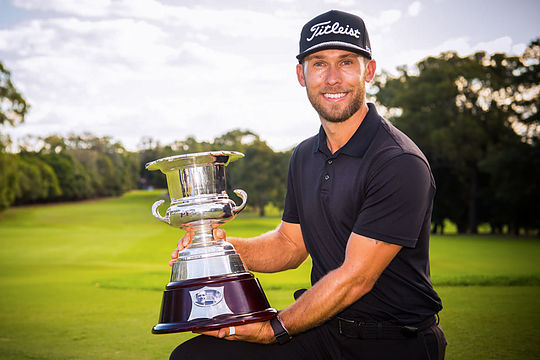 “I would not change anything about the last decade of my life, would not have it any other way, and I’m so grateful for everything that has happened to me and excited for what’s to come,” wrote Macpherson on social media.

The timing of Macpherson’s exit from the game is interesting given his return to winning form at the Moonah Links PGA Classic and NSW Open early last year.

“There are a few reasons for this move, but chief among them is to allow me to focus on ensuring the success of the OGPA (Oceania Golf Players Association) and its mission.”

“The players in Oceania need a strong voice and a team of people who are willing to actually stand up for them. Stepping back from playing will give me more time to dedicate to the OGPA and my fellow players.”

As an amateur, Macpherson won the likes of the 2008 Dunes Medal and 2009 Australian and New Zealand Amateur Stroke Play titles. In 2011 he became just the second Australian ever to win the Amateur Championship and the first in almost 60 years.

His victory earned him a spot at the Open Championship at Royal St George’s the following month, and an invitation to the 2012 Masters after which he turned pro.

Following short stints in Canada and and a handful of PGA Tour starts in the US, Macpherson spent a couple of seasons on the Web.com Tour thanks to a pair of victories and a string of top-5 finishes in China earning him the PGA Tour China Order Of Merit title in 2015.

He wasn’t able to capitalise on his starts in the US and made the decision to return to China. 2017 saw a second place finish at the KG S&H City Asian Golf Championship on the Asian Tour with another runner-up finish also coming at the 2019 Beijing Open on the China Tour.

With much of Asia shut to the world throughout 2020, Macpherson turned to the Australasian PGA Tour in 2021, where he pulled off a remarkable return to the game beginning with two top-5 finishes in his first tournaments back.

A month later he won the Moonah Links PGA Classic, his first victory in six years, followed by a runner-up finish at the Queensland Open before another win at the NSW Open in late March.

“Pro golf has been an amazing journey filled with highs and lows but the highlight will always be the people I’ve met, and the relationships I’ve forged, along the way.”

“I look forward to many of those continuing well into the future.”