You probably wouldn’t expect the likes of major champions Jason Day and Bubba Watson to be close mates.

After all, they are just about polar opposites as far as their personalities are concerned. 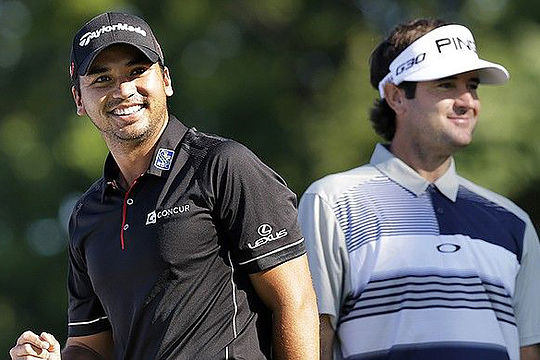 Day is a fairly private and reserved personality while Bubba, well, the best way to describe the two-time US Masters champion would be “a little more outgoing than most”.

Yet one thing the pair do have in common is they have both been using RV (recreational vehicle) ‘buses’ to travel between tournament venues and also to hang out in when they are not out on the golf course.

Day, in fact, has been parking his bus at tournament venues since 2010.

Yet even he was surprised when Bubba busted in after he recently decided to do the “RV” thing himself.

“I’m just sitting in the bus watching TV. And I’m like, ‘Do you want to come inside?’”

“And he’s eating a burrito, and he decides to come in and talk to me for about 30 minutes.”

“He gets his burrito all over the ground, and then just leaves.”

That pretty-much sounds exactly what you’d expect from Bubba…and most people love him for it.

Certainly it didn’t bother Day too much: “Actually, it’s nice to have people like that around,” said the former US PGA champion.

“You know, to mess your bus up when you need them to.”

Certainly the RV idea is becoming more and more popular with players.

While most still move from one hotel to the next throughout the Tour season, a growing number have been clocking up the kilometres on US highways in recreational vehicles with their families in tow.