By The Numbers: The Worst Golfers On Tour

It’s not the way you’d like to get on any ‘leaderboard’…the shortest hitter, or the worst putter or maybe the worst bunker player on tour.

Still somebody has to be at the tail of the field in all the statistics which are so vital for Tour records these days. 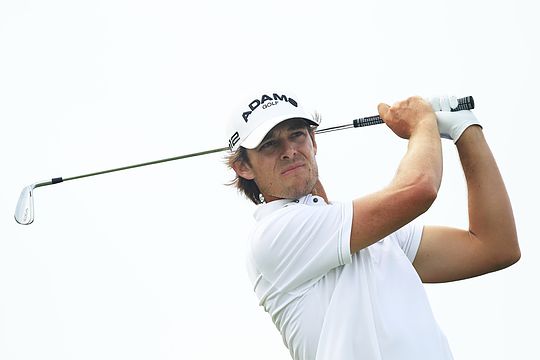 And there are some incredibly impressive names among these records in the past year with Aaron Baddeley up there beside major winners like David Toms, Lucas Glover as well as well-known players like Heath Slocum and Charlie Beljan.

Long-hitters draw massive crowds on the US Tour and Dustin Johnson tops that table as the biggest bomber on tour, averaging 317.7 yards (290.5m) per drive for 2014-15.

At the other end of that table lies former US PGA champion David Toms with the dubious honour of being the shortest hitter on tour at 270 yards (246m), just ahead of the second-shortest hitter Ben Crane, who was a full yard better than Toms.

While Italian Francesco Molinari is regarded as the “king” of driving accuracy, hitting more fairways than anyone, at the other end of that scale is our own Aaron Baddeley who actually led the tour in strokes gained: putting but was listed as its least-accurate driver, hitting a mere 50.29 per cent of fairways in 2014-15.

While Swede Henrik Stenson led the PGA Tour in greens in regulation at 73.52 per cent, the man regarded as the best scrambler on tour at 66.18 per cent was Chad Collins while Charlie Beljan is way, way back at the bottom on 60 per cent.

Former US Open champion Lucas Glover is regarded as one of the Tour’s worst putters, losing 1.352 strokes to the field per round for the 2014-2015 season, just ahead of Jim Renner.

Yet Glover was able to tally six top-25 finishes for the season.

It’s probably to be expected that the two best scoring averages on the PGA Tour were Jordan Spieth (68.93 strokes per round) and Jason Day (69.16).

The worst was Canadian Roger Sloan who averaged 72.53 in the 56 rounds while Heath Slocum lost an average of 1.755 strokes to the field when he teed it up.

It’s probably a tribute to their guts and determination that some of these guys can ever contend in any events – let alone win while carrying the tag of “worst on tour” in any category.