Caddie Joe LaCava says Tiger will be back

Tiger Woods’ long-time caddie Joe LaCava has given us all hope that the 15-time major champ mightn’t be done with competitive golf just yet.

In an interview with popular American sportscaster Dan Patrick, LaCava said he is “hopeful” that Woods can play in “three, maybe four” tournaments prior to the first major of the season next year, the 2023 Masters. 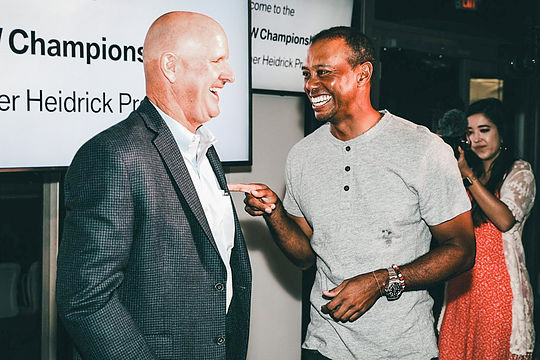 Following his missed cut at the 150th Open Championship at St Andrews, the 46-year-old is likely to return at his own Hero World Challenge in early December and alongside his son, Charlie, at the PNC Championship a fortnight later. The father-son duo finished runner-up last year behind Team Daly.

Also on the cards might be Tiger’s Genesis Invitational in February and the Players Championship in March.

“I think he’s working so hard to get stronger and healthier. He’s working on his long game and working on his endurance, and I just think the short game has been neglected a little bit at this point and that showed over there [at the Open].”

If it was any other player we were talking about, it might be tempting to rule out any future PGA Tour events but this is Tiger Woods and history has proved that he will do anything in his power to come back and win a tournament.