An albatross – yes. An eagle or a birdie – yes, of course…but a condor?

Well it seems there actually is such a thing and a golfer in California managed to make one after taking just two shots on the par 6 hole at the Lake Chabot Golf Course in Oakland, California. 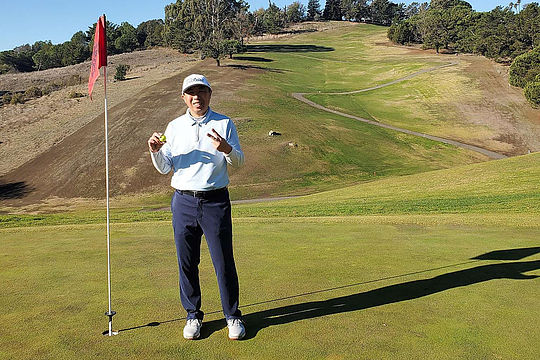 According to reports, Kevin Pon, a 54-year-old 10-handicapper, drove off from the white tees on the steeply downhill 649-yard 18th hole with a drive that landed 540-yard down the fairway, almost certainly collecting the cart path along the way, to leave himself with just 110 yards or so to the hole.

With his ball lying below the green, Pon then blindly pitched his second shot on to the putting surface and holed out for a ‘condor’.

Now I know what you’re thinking – it sounds like quite a tale. Thankfully for Pon, he wasn’t alone and both his playing partner, a course marshal and others witnessed the once in a lifetime effort.

“I hit my (approach) shot, it lands, the people up there are clapping and screaming,” said Pon, who shot 73 for his round.

“The ladies in the group behind and the marshal up on the hill are clapping. My friend says, ‘Did it go in the hole?’ We didn’t even know.”

Apparently only four (or five depending on who you believe) other condors have been recorded in golf history, and they were holes-in-one on par-5 holes.