Bhatia, the youngest U.S. player to ever compete in the Walker Cup, capped off his dominant amateur career earlier this month by playing on the victorious U.S. Walker Cup team and securing two matches. 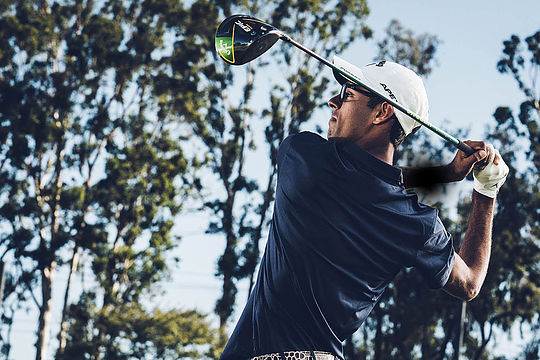 Among his many accomplishments, he was the number one ranked junior in the world and reached 4th in the world amateur rankings. He won the 2019 Jones Cup Amateur Invitational, earned three American Junior Golf Association (AJGA) victories in 2018 and became the first player to win back-to-back Boys Junior PGA Championships in 2017 and 2018.

Additionally, he competed in the 2018 Junior Ryder Cup, the 2017 Junior Presidents Cup, and was a 2017 First Team AJGA Rolex Junior All-American.

“I’m joining Callaway because the performance from the equipment is amazing; it’s better than what I could have ever imagined,” said Bhatia.

“Working with the Tour Team and learning about all of the technology that goes into their products has been a lot of fun for me, and the equipment gives me a lot of confidence as I start my professional career.”

While Bhatia will make his professional debut this week, he has previously played in PGA Tour and Korn Ferry Tour events as an amateur.

“Akshay is one of the most prolific amateurs the golf world has seen in a long time, and we’re thrilled to have him join our Professional Tour Staff,” said Tim Reed, SVP of Global Sports Marketing, Callaway Golf.

“He has all the tools to compete at a high level, he’s mature beyond his years, and we’re confident that he is going to have a lot of success using our equipment.”