Callaway Golf has announced that it has reached a Staff Pro agreement with Ollie Schniederjans, the former #1 ranked amateur in the world for 41 consecutive weeks beginning in June of 2014.

Schniederjans turned professional after an impressive showing in The Open Championship at St Andrews and finished T15 on the weekend at the Quicken Loans National. 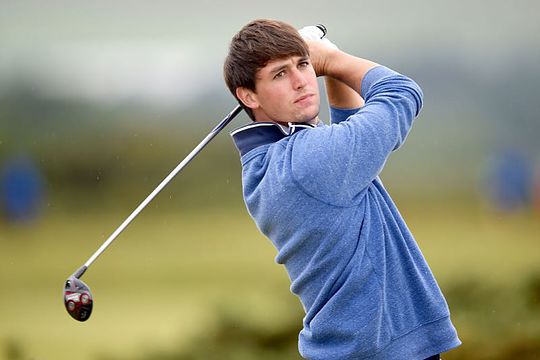 In addition to being the top ranked amateur in the world, Schniederjans was a three-time NCAA All-American at Georgia Tech, a two-time Atlantic Coast Conference (ACC) Player of the Year, and the 2014 Mark H. McCormack Medal winner presented by the R&A.

He represented the US Palmer Cup team in 2014 and 2015, and he was recently in contention during the 2015 US Open at Chambers Bay.

“Ollie’s collegiate golf success speaks for itself,” said Nick Raffaele, VP Global Sports Marketing, Callaway Golf. “But as we began to know Ollie on a personal level and align our values, goals and objectives, we had no doubt he’d be a perfect fit with Team Callaway.”

At 22, Schniederjans will add to Callaway’s roster of star players who are 25-years-old and under, joining Danny Lee, Patrick Reed, Tony Finau, Ryo Ishikawa, Matteo Manassero, Lydia Ko, and recent signee Julien Brun, among them.

As a Full Callaway Staffer, he will use Callaway clubs, balls, gloves and an Odyssey Putter.