From the south of Spain where he now makes his home, 2005 US Open champion Michael Campbell has announced he’s stepping away from competitive golf.

The 46-year old Kiwi said he no longer has the desire to play after a number of years fill with injuries, personal issues away from the golf course and only sporadic glimpses of his best on it. 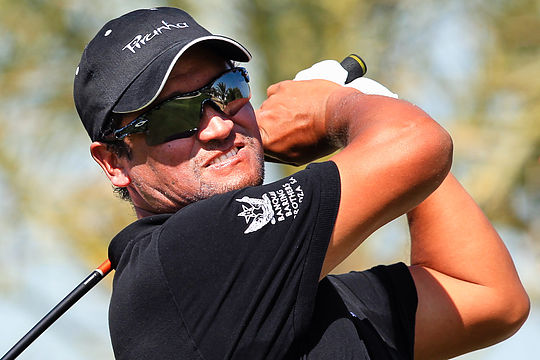 “It’s been a very difficult transition for me. All of my friends who are the same age as me are still out there competing and doing well.”

“It makes you wonder maybe I should go back and play but right now, I have got no motivation to play.” Campbell said.

Campbell last played on tour in early 2014 in Abu Dhabi where he missed the last in a long line of cuts. It has been three years since he posted a top-ten, ten years since he tasted victory.

And what a victory that was, when Campbell held off Tiger Woods down the stretch at Pinehurst No. 2 to become just the second New Zealander after Bob Charles to win a major championship.

“Obviously 10 years ago was something special for me and for the country and for golf itself.” Campbell said.

“I fulfilled one of my dreams to win a major and it was fantastic. But as everyone knows, it has been well documented, my career since then hasn’t been great. But if I walk away from the game right now I could be very proud of my achievements.”

The US Open was the pinnacle achievement in a career of highs and lows, however Campbell was no one hit wonder.

Campbell won 12 times in all across several continents , including the 2005 World Matchplay title against a very strong field at the Wentworth Club in London.

Campbell held off Geoff Ogilvy to win a Johnnie Walker Classic in Taiwan and the memories of the incandescent form he displayed in claiming seven victories in Australia between 1993 and 2001 are still fresh.

Campbell, who now lives in Malaga, Spain, has established a golf academy in the area and hopes to start similar academies in Asia and New Zealand.

He is also dabbling in television commentary and as a life member of the European Tour and as a major champion, will be guaranteed Senior Tour starts when he turns 50 in four years’ time.

That is of course, if he can revive his love for the game in the meantime.

For the moment however, Campbell is enjoying being a full-time Dad to his two sons, age 16 and 14.

“I have been an absent father since they were born and now I am spending more time at home. I am cooking their meals, dropping them to school. I’ve started a new chapter in my life.”