The inspiration behind the PGA Tour’s longest hitter Cameron Champ – his grandfather, Mack ‘PaPa’ Champ has passed away after a battle with stomach cancer.

The 78-year-old was responsible for introducing Cameron to the game, even though the big-hitting star inherited some athletic genes from his father Jeff, who was a former minor league baseball player. 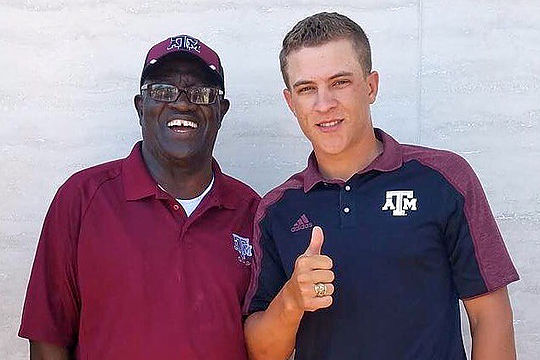 It was Mack who gave Cameron his first set of golf clubs and Cameron once described him as “the greatest man alive.”

It also inspired Cameron to win the recent Safeway Open, wearing golf shoes with the inscription “for PaPa” on the side of the shoes.

When Cameron won the Safeway he shared a magic moment with his father beside the green as the pair spoke with Mack via phone and celebrated his win.

“I’ll say this now . . . I really feel like this will be, no matter what, even if I never win another tournament again or I win however many, this will definitely be the greatest moment of my golfing career,” said the 24-year-old.

The two-time PGA Tour has been confirmed to play the $1.5 million Australian PGA Championship on the Gold Coast, which kicks off on the 19th December.