Cameron Young has taken out 2022 PGA Tour Rookie of the Year honours following a breakthrough year on the world’s biggest stage. 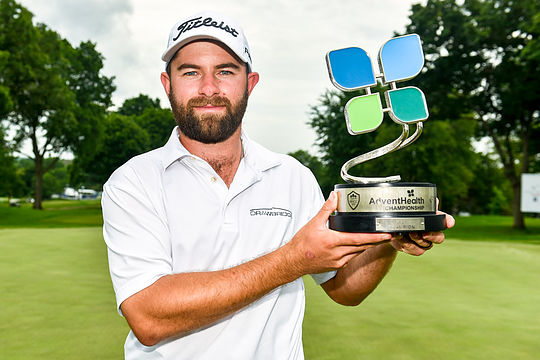 “Congratulations to Cameron Young on being voted PGA Tour Rookie of the Year by his peers,” said Commissioner Jay Monahan.

“Cameron’s career has seen a remarkable rise over the last several years, and he quickly became a favourite among fans last season with the style in which he attacks the golf course. And of course, given Cameron’s Wake Forest ties, receiving the Arnold Palmer Award as PGA Tour Rookie of the Year will certainly hold a special significance for him.”

Young held out current Tour sensation, Tom Kim, along with Sahith Theegala, for the honour with 94 percent of the votes from his peers.

“It’s very special. I know the namesake, Arnold Palmer, obviously was a giant in the game of golf, and we have him to thank for a lot of what we do today, what the PGA Tour is,” said Young, who joins last year’s winner, Will Zalatoris, also from Wake Forest University.

“Just to be related to that in some small way is very cool. I know we had a very strong rookie class and I know it’s voted [for] by my peers, so it’s a huge honour to be thought of in that way, just to kind of finish the year that way.”

Young made 18 cuts from 25 starts after earning his way onto the main tour via his back-to-back victories ( AdventHealth Championship and Evans Scholars Invitational) on the Korn Ferry Tour in May 2021.