In a major development in his career, Kiwi champion Michael Campbell is selling his palatial Sydney harbour-side residence and moving his wife and family to live in Switzerland. 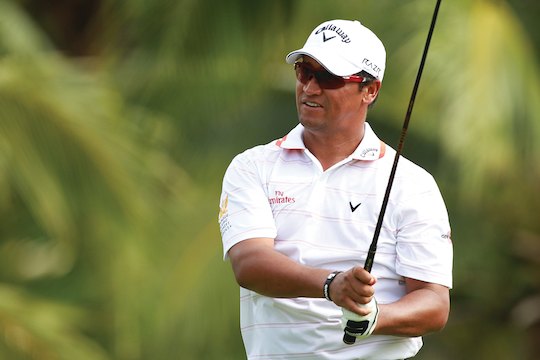 In 1993, he captured his first pro career tournament victory in winning the Olivier Barras Memorial on the secondary Challenge Tour.

However there are more pressing reasons why the 2005 U.S. Open champion is moving to Switzerland.

“For two years now I have been travelling back and forward from Europe to Australia and after we sold our house in Brighton,” he said.

“It just hasn’t worked out as I have just been away too long from my wife and family.”

“So we’re going to sell the house in Sydney and move over here to Switzerland where I will base myself till I stop competing.”

“It’s killing my relationship with my family as I am spending so much time away from Julie and the two boys, and it’s not a healthy family lifestyle for them to be growing up with their father not always there for them.”

Campbell indicated that once settled in Switzerland he will enrol his two sons, now aged 13 and 10, in an international school.

It will then mean, as was the scenario when he was residing in England, that Campbell will never be more than some two hours from home when competing in Europe proper.

“So while the tax concessions are nice here in Switzerland, the main reason is that with my schedule, and with the family moving over here we can remain a close family unit,” Campbell added.

“Julie and I have been working hard at finding a new home and we’re confident of moving over here and settling into life in Switzerland before the year’s out.”