Can a European Tour player land ball in moving car?

The European Tour puts the PGA Tour to shame when it comes to social media stunts.

And their most recent challenge is no different as Callaway tour staffer, Marcus Armitage, is tasked with breaking the Guinness World Record title of the ‘Farthest Golf Shot Caught in a Moving Car’.

If you didn’t know that was a ‘thing’, then you’re not alone. Apparently the previous record of 273 yards was set by Formula 1 legend David Coulthard and golfer Jake Shepherd back in 2012.

This time around it’s BMW Motorsport driver Paul O’Neill in the driver’s seat as they head to Elvington Airfield, made famous as the test track in the TV series, Top Gear. 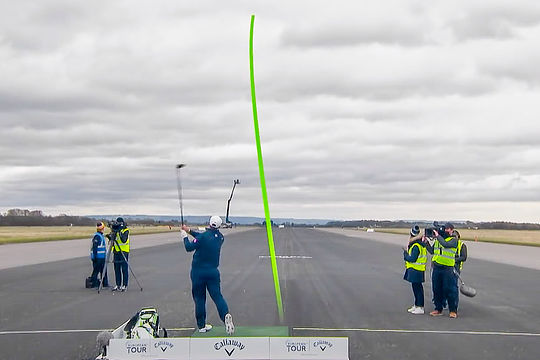