We often hear about how the worldwide pandemic has disrupted the lives of professional golfers. However, the many people behind the scenes can easily be forgotten.

While the US players have little to worry about in terms of travel, the Europeans are a different story altogether. From multiple COVID tests to lengthy stints in quarantine on both sides of the Atlantic, it’s a grind. 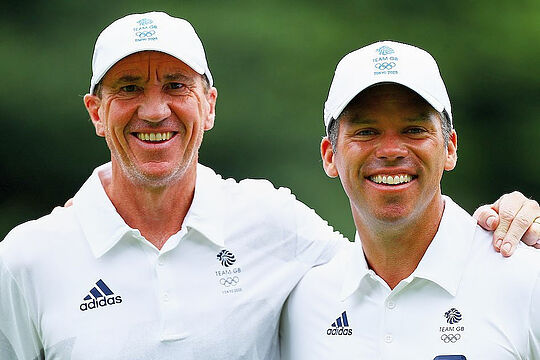 Enter John McLaren, a 30-year veteran on the bags of former World No.1 Luke Donald and, for the past five years, Paul Casey.

McLaren, known on tour as ‘Johnny Long Socks’, has decided to hang up the bag for the foreseeable future before it takes any further toll on his health.

“The accumulation of the last 18 months of travel, the testing, the uncertainty has taken its toll, not only on me, but how I am at home with my family,” McLaren told Ben Everill on PGATOUR.com.

“And once that starts to have an impact on my young children and my wife, whom I very much love, then the questions start to arise about the sacrifices relative to what needs to be gained.”

With McLaren based in the UK and Paul Casey living and playing in the US, the veteran bagman has been forced to confront the constant threat of COVID-19 in his regular cross-Atlantic jaunts.

“Each weekend I’d be sitting basically with my fingers crossed, hoping that I was going to test negative so that I could get home,” said the 55-year-old.

“And then the flip of that, obviously when I got home, I’d have to do more tests and isolating at home, et cetera, while planning to come back to work for Paul, thinking, well now I hope I don’t test positive with my family and children because then that’s then going to make Paul’s life not as comfortable and easy because he’s not certain his caddie is going to make it back.”

And how did his boss Paul Casey deal with the news?

“Paul has been open enough with me to acknowledge it and give his blessing and say, ‘I would feel bad to keep you against your will when I care so much about you,’. And that basically is such an unheard of thing in our sport because sport is so cutthroat and selfish that if there’s any ever any perceived weakness, normally it’s exposed and just gotten rid of.”

“We wanted it to come to people’s attention that it is possible to be able to do sport and do it properly and still be able to respect people’s feelings and their decisions and not have to just fire them. “

McLaren is not out of the picture just yet. He will remain on Casey’s bag for next month’s DP World Tour Championship in Dubai before calling time on his career, at least for now, at the Dubai Desert Classic early next year where Casey is defending champion.