If the recent sale of Tiger Woods’ Scotty Cameron backup putter is any indication, the upcoming auction of his tournament-winning Newport TeI3 Teryllium flatstick could well top $1 million.

In August, the Scotty Cameron he competed with in 2000 sold for close to $400,000 and now the putter he put in play at the 1998 US Open and used to win the BellSouth Classic, his 7th PGA Tour win and one of 82 PGA Tour victories, is being put to the market. 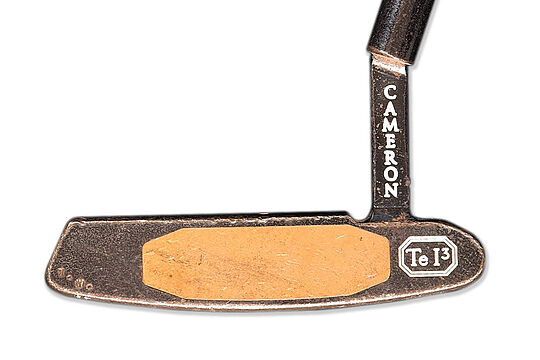 However, this is not your normal type of auction. On Collectable.com golf fans have the chance to buy a share of the item rather than bidding for the outright ownership.

As you would expect from a player who used the same Newport 2 GSS to win 14 of his 15 major titles, a Tiger Woods tournament putter is a very rare find on the used market.

Currently the per-share value sits at US$34, which places the value at roughly $714,000. However the shares have already gained 500% since launch so there’s still plenty of room to move yet.

The putter comes complete with a Certificate of Authenticity from Titleist and features the Cameron name on the hosel along with “T.W.” stamped on the toe. So you can rest assured you’re buying a piece of history.