Is the game ready for it? 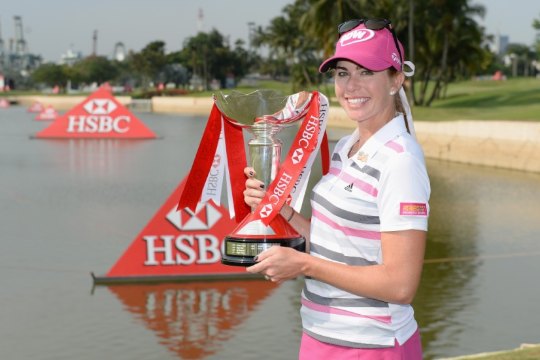 Creamer says the game is ready for it – and she’d love to play in a women’s Masters at Augusta.

And she believes if the Augusta club is serious about growing the game of golf, then it should consider introducing a Masters for the girls.

And no doubt it would have major status in no time flat.

“I’ve been there, I’ve played there and I’ve stayed in Butler’s Cabin,” said Creamer.

“I had an awesome time. I think the patrons and everybody would love to have two weeks there, two tournaments.”

“Why wouldn’t you? Hopefully, we will see something change and happen.”

But don’t hold your breath Paula. The wheels of change don’t move that quickly at Augusta National.

“We have a very short member season at Augusta National. It’s only seven months,” Payne said. “The time that we dedicate to the preparation and conduct of the tournament is already extensive.”

“I don’t think that we would ever host another tournament.”

Creamer is prepared to keep the pot boiling though.

“There’s no reason why you can’t revisit things,” she said.

“It’s an idea, I don’t think that people should be ashamed to talk about it.”

“I’d like to know truthfully why we wouldn’t be able to have a tournament there.”