South Australian Nick Cullen has kept alive a dream of a 2017 European Tour card with a high finish in the most recent European Challenge Tour event in China.

Cullen shot a 14-under par total to finish in a tie for 6th place in the Foshan Open behind England’s Marcus Armitage, who claimed his first Challenge Tour title. 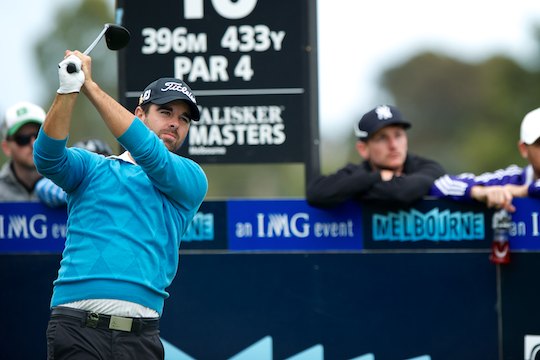 The significance of that result for the former Australian Masters champion is that it lifted him to No.39 in the Race to Oman rankings, with the Top 45 players after next week’s Ras El Khaimah, 2016 Golf Challenge in the United Arab Emirates to progress to the season-ending NBO Golf Classic Grand Final in Oman.

The top 15 players at the end of the Grand Final event will earn cards to the 2017 European Tour.

Kiwi Ryan Fox is already assured of a Grand Final Place, if not a 2017 Tour card, after finishing tied 4th in Foshan. He now sits in 4th place on the Race to Oman standings,

With a matter of a few hundred Euros separating Cullen from the player ranked at No. 45, the first step is to ensure he remains inside the Top 45 in the U.A.E to ensure a start in Oman.

In reality, Cullen will need to feature strongly in both the remaining two events as the gap to No. 15 is currently over €40,000.