Day awarded for his 41 weeks as World No.1

He might not have been in serious contention at the Open Championship but it was a still a ‘winning’ week for Australia’s highest-ranked golfer Jason Day.

The popular Queenslander was recognised for his 41 weeks as world No 1 by being presented with the Mark McCormack Award, presented to the player who spent the most weeks at No 1 in the world rankings. 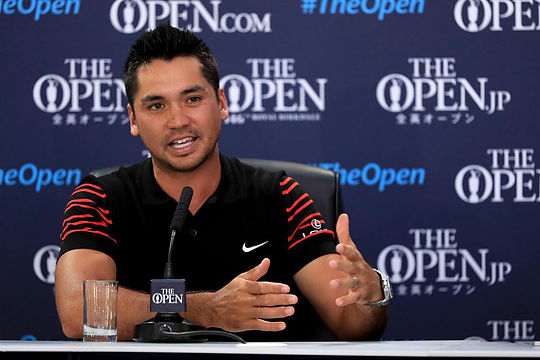 While that might have been cold consolation for a player who admits the year has been something of a slog, it was still a spur to continue that long road back to the top.

In the end a tie for 27th was hardly what Day was hoping for at Royal Birkdale but there was still plenty of reason for optimism for the 29-year-old.

“If you take my years 2015 and 2016, I hit it long and straight, straight-ish; I hit my iron shots a lot closer and I holed everything on the greens,” said Day.

“And this year it’s not as long, it’s not as straight; my iron shots aren’t as close, and I’m not holing as many putts.”

“So it’s a perfect formula for not having a good year.”

While the Open Championship has hardly been a happy hunting ground for Day, he remains hopeful he will make his mark on the world’s greatest event – in time.

“You always have to believe in yourself. It’s easier said than done,” he said.

“But I’ve just got to resolve myself to the fact that I’ve worked very, very hard and been disciplined over the weeks, that I’m doing the right things not only on the practise range, on the golf course, but in the gym and off the golf course, as well.”

Day never really got into the mix at Royal Birkdale but could take plenty out of his rounds of 69-76-65-71.

His hopes were shattered in the final round when his opening tee shot went out of bounds, resulting in a double bogey six, leaving him just too much ground to make up.

Day is nothing if not a hard worker and Carnoustie will be high on his agenda when next year’s Open is decided.

And he’d love nothing more than to be back in the UK as the world’s No 1 player – again.