Day is our next world no.1 says Norman

Greg Norman sees Jason Day as the next Australian to claim the world number one ranking.

Norman himself spent 331 weeks as the world’s number one ranked golfer in the 1980′s and 1990′s on his way to amassing 20 PGA Tour victories, 15 European Tour wins and 31 Australasian Tour wins. 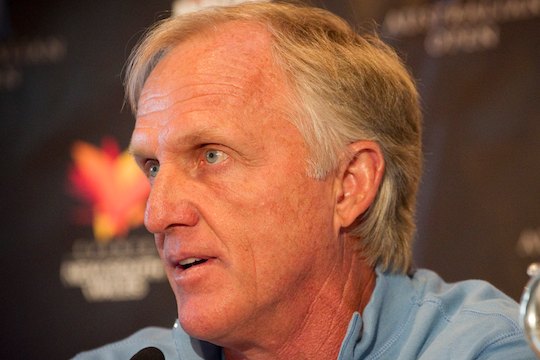 Returning to Sydney this week to play the Australian Open at The Lake Golf Club, Norman had nothing but praise for Day’s prospects to take the top crown over the numerous young guns making their mark on the world golfing arena.

“He’s young enough, he’s keen enough and he’s hungry enough. Jason has seven years on Adam [Scott]. Adam still has the opportunity to be that too, no question, but time is on Jason’s side.”

Five years ago it would have been impossible to believe that Tiger Woods would have relinquished his stranglehold on the world number one ranking.

Instead the game’s best are getting younger, this new breed barely out of their twenties and winning majors before turning thirty.

“Look at Tiger Woods. I think he’s got the desire, no question about it. He has the game. It’s not where it was back in 2000, yet he’s working hard to get himself back.”

According to Norman, golf has become a younger man’s game and Woods will have his challenges regaining the top ranked position against those who are over a decade younger.

“For him, like anything, the older you get, the harder it becomes,” says Norman about Woods’ chances.

“Your body doesn’t allow you to do the things that you did when you’re 21, 22 or 23, so Tiger’s enthusiasm and his commitment to play well and to win has never diminished, it’s just his physical ability that’s really stopping him from doing it.”

Presently there are four players in their 20′s among the world’s top-10 – Rory McIlroy, Dustin Johnson, Martin Kaymer and Jason Day.

“I really like the way he plays and I like his humility. He’s down to earth, hasn’t forgotten where he has come from and he’s just a good hearted, simple, easy going guy that just loves to play the game of golf.”