Day looks back on majors with some disappointment

Bethpage Park, NY: A year ago, Jason Day was basking in the limelight after capturing a first Major Championship – the PGA Championship at Whistling Straits.

However after the completion of the four 2016 Majors the game’s top-ranked player looked back on his efforts in the Majors somewhat disappointed. 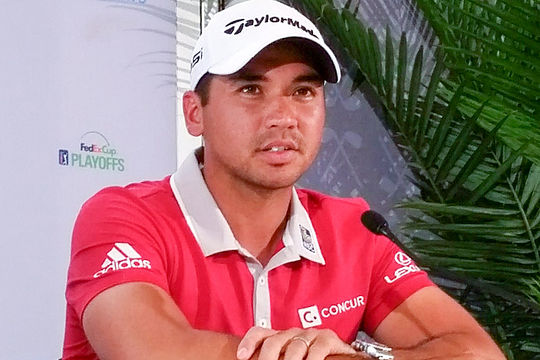 Day was placed 10th behind England’s Danny Willett in the Masters and then went to TPC Sawgrass to stand head and shoulders above everyone and in the process become the fourth Australian-born player to be handed the gleaming Players Championship crystal trophy.

He then went to Oakmont to finish eighth behind Dustin Johnson before crossing ‘The Pond’ to continue what he describes is a love/hate relationship with golf’s oldest Major. A fortnight earlier Day was placed 3rd again behind Johnson in the WGC – Bridgestone Invitational and after missing out by a stroke a year earlier at St. Andrews he went to Royal Troon with hopes high of being handed the Claret Jug.

But Day was never in the picture as Sweden’s Henrik Stenson and American Phil Mickelson turned the year’s third Major into their own match-play like showdown. Day settled for a distant share of 22nd.

His best shot at capturing a second Major materialised as defending PGA Champion and throwing all he could at Jimmy Walker but with the weather delays, and the chance to play the final round alongside the Texan, probably spoiling Day’s chance of retaining the gleaming Rodman Wanamaker Trophy.

So at the Barclays Championship I asked he could rank his efforts in the four Majors of 2016.

“It’s hard. I never like putting a grade on anything,” he said.

“But once again, I just couldn’t quite get anything going that week.”

“If I would have birdied that, that would have — may have put a little bit more pressure on Dustin knowing I’m in the clubhouse at a certain number and he still has to come in with some difficult holes left.

“The Open Championship is a love/hate relationship with me because I’ve played well there and I’ve played terrible. I really enjoy playing links golf, and unfortunately it just hasn’t quite clicked, but once it does, hopefully I’ll win one of those.

“And then obviously the PGA, I think the only thing I would have loved to do is play in the final round with Jimmy; and we can kind of feed off each other and we can kind of sense what the I guy’s body language is, what they are doing out there.”

“Obviously you can kind of push each other in certain ways and there’s a lot more pressure at stake when you’re playing with the leader in the last group. I was happy with how everything went down in the PGA, especially with only playing 18 holes on Wednesday.

“So overall, it was solid but it wasn’t great. It would have been nice to win one.”