Day says Ruffels better than him at the same age

Australia’s latest major champion Jason Day is certain 17-year-old phenomenon Ryan Ruffels is “better than I was at that age.”

Which is a fairly amazing comparison considering Day has always been regarded as one of the whiz kids of Australian golf and was competing regularly in US events at the age of 19. 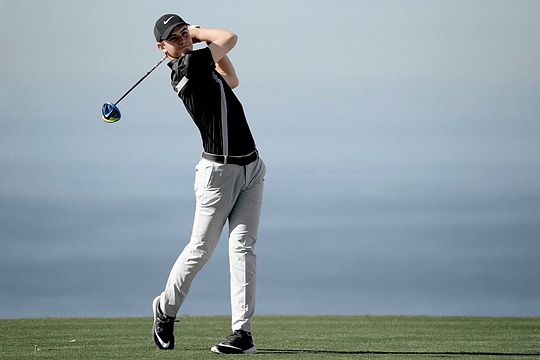 Day played a practice round with Ruffels and another rookie Aussie pro Cameron Smith at Pebble Beach before last weekends’s AT&T Pro-Am tournament and the US PGA champion was impressed with their talents.

“Cam [Smith] hits it very straight,” commented Day. “He doesn’t hit it as far as us, but his touch around the greens and his wedge game is on point.”

Day compared Ruffels game as more similar to his own.

“His body’s still growing and changing and once he starts filling out and getting a little bit bigger he’ll start getting a lot more distance.”

“The same with Cam, but there’s a lot more explosive power with Ryan. I certainly think Ryan is a better player than me at his age than I was.”

“And that’s kind of exciting for me to see how his career’s going to unfold. It’s definitely a lot harder to get onto the [US] Tour these days, but I think that he’s going to do pretty well.”

Day admitted that at the ripe old age of 28, he actually felt like an old guy when comparing notes with these new young faces on the tour.

“I’m talking about taxes and all this other stuff that is very, very boring,” grinned Day. “And these guys are talking about music and I’m like, oh, I remember those days.”

Smith, 22, the former Australian amateur champion from Queensland, qualified to play full-time on the PGA Tour this season after some great performances including a top-five finish at the 2015 US Open.

Ruffels, a former Australian junior champion, is having a handful of starts on invitation this year in the hope that he can earn enough money to qualify for a card next year.