Day was on the Planfield Country Club driving range, and venue for this week’s Barclays Championship, and was being asked by adoring new fans if he would sign autographs. 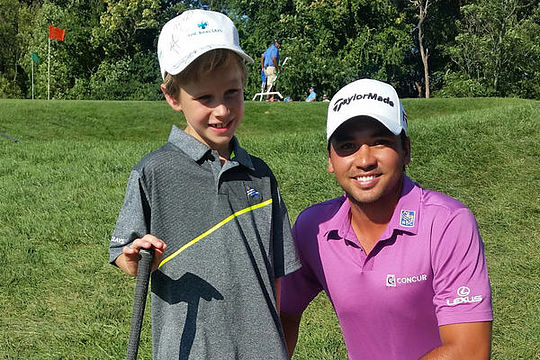 The Australian indicated to the youngsters he would do so in a short while and when he did Day walked over carrying a 52-degree Cleveland wedge in his hand.

He then surprised 7-year old Andrew Smallwood along with the youngster’s father, Kevin who live in Summit, New Jersey, and located about 12 miles north of the host for the first of this year’s FedExCup Play Off Series.

“Here you go, it’s yours,” said Day handing over the wedge.

Father and son were taken by complete surprise and when Day was asked if the wedge had any ‘history’ Australia’s fifth PGA Championship winner stated: “It’s the wedge I used all week at Whistling Straits.”