Drugs were not the issue, says big-hitting US professional Dustin Johnson, who has been a notable absentee from the USPGA Tour for the past six months.

Rumours were rife that was the case when Johnson quit the tour and even surrendered an almost-certain spot in the Ryder Cup to take a break from the Tour in the middle of 2014. 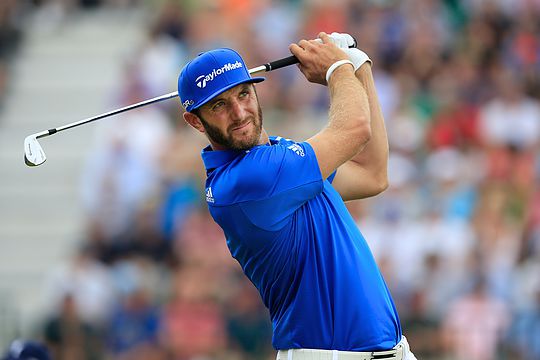 The eight-time Tour winner admitted he did have “issues” but he told Sports Illustrated that cocaine was not one of them.

It was Johnson’s first sit-down interview since his self-imposed sabbatical from professional golf.

He has been shooting the lights out in social games with former ice hockey star Wayne Gretzky, who is the father of Johnson’s girlfriend Paulina.

Now the laid-back American has become a father, with Paulina recently taking delivery of a healthy baby boy.

And Johnson, at the age of 30, suggested he was ready to get serious about his golf again.

To prove it he told of the $1000 bet he had with Wayne Gretzky and several other members of Sherwood Country Club, where they play their regular games, to see who could go the entire month of January without drinking.

“I don’t miss waking up with a hangover, and I didn’t drink very often,” Johnson said. “It was just when I did it was a little too much.”

“My way of getting rid of it [stress] was drinking or partying. That might work for that day or the next week, but eventually everything keeps piling up.”

Johnson also told the magazine that over the past four or five months he had really grown up.

“I am starting to become the person I want my kids to look up to,” he said.

Dustin Johnson will return to the PGA Tour at next month’s Farmers Insurance Open in San Diego.