Duval warns McIlroy about the consequence of injury

And the American knows what he’s talking about have risen also to World No. 1 before having the carpet pulled out from under him with nagging back injuries, so much so the now 43-year old hasn’t tasted success since endearing himself to golf fans with his victory in 2001 at Royal Lytham and St. Annes. 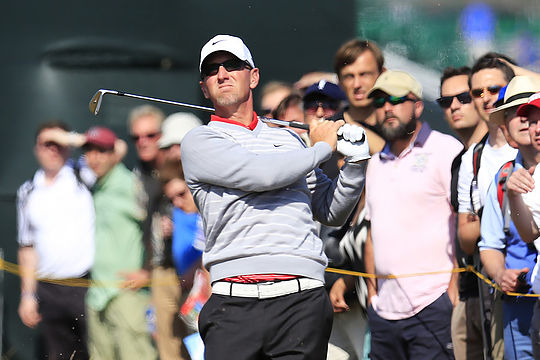 It was the last of Duval’s 13 PGA Tour victories.

The Florida-native competed in 20 events in 2001 and earnt more than $US2 million in prize money before contesting 25 events a year later but he was down to 20 appearances in 2003 before injury struck.

Duval’s performances dropped dramatically culminating in the loss of his tour card in 2011, and after his professional golf career slowed, he became an analyst and commentator.

And it was in this new role that Duval was asked whether he feared McIlroy’s stunning career being halted by injury.

“That’s a very good question. I don’t know how you can really answer that or even speculate on it. I’ll give you kind of two thoughts on it. One applies to me and one applies to Tiger,” said Duval.

“What I think is that like you never have as a player, and I certainly never had any thoughts of injury. And yet, you might step in a hole on the golf course and kind of tweak your ankle a little bit, things like that.

“But when I blew out my back in 2000, that’s something that never crossed my mind. I was almost 30 years old at the time and had played and been traveling the world for 15 years at that point, and certainly injury never entered my mind.

“So how you deal with that and how quickly you resolve those injuries will be an issue. Because I think what you said is a great way to put it: Hasn’t had to do it yet, but it will happen.”

“The other way is, I think in referencing that to Tiger, you have to look and hopefully learn that there’s a point where you need to be fit, flexible, strong, endurance, all these kind of things. But you don’t need to go beyond that point. Golfers are not body builders and they are not football players, not running up-and-down basketball

courts like 6’8 giants of men. We walk golf courses and we swing a club into the ground.

“So I think at the point where he is, I would say stay where you are, don’t try to go beyond that level of strength, fitness. Maintain it, certainly, but don’t get so obsessed in the gym that you lose focus on the driving range.”

“But when you get injured, one thing I learned and it does me no good at this point. When I first got hurt, when you do get an injury,especially for a player like Rory or the top players, walk away. Go get healthy, take six months off, a year off, something, but don’t come back compromised because then everything else starts to break down.”