Els hints at quitting Europe to focus on US

Golf’s truly global player Ernie Els has hinted his days of competing both on the PGA and European Tour’s could be over after complaining of being ‘brain dead’ while competing in the recent FedEx Cup Series.

In the three month period starting from the US Open in June and up to an including the FedEx Cup Play-Off Series PGA Tour members like Els can be expected to play three of the four Majors, a WGC event and all four Play Off Series events. 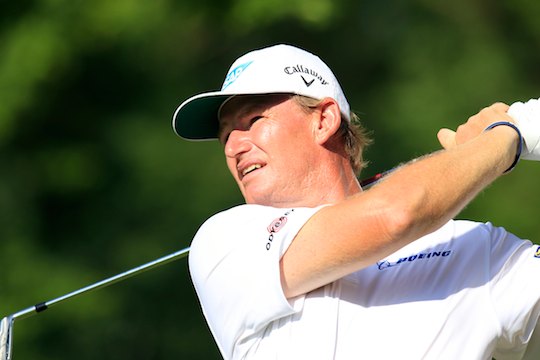 Ernie Els has hinted that he may quit the European Tour to focus on the US PGA Tour (Credit: www.golffile.ie)

Since the US Open at Merion, Els has competed in 10 events in that 12-week time frame, and on top of satisfying membership on both the PGA and European Tour’s, Els has also had be involved in a number of corporate outings.

Els has no concern meeting the minimum number of 15 events a year on the PGA Tour given he has already contested 19 however up to and including this week’s Alfred Dunhill Links Championship the South African will have competed in 10 of a mandatory 13 tournaments to retain European Tour membership.

Two of those events were the European Tour’s BMW International Open that Els won and the Scottish Open.

“Ever since the Scottish Open I’ve played almost every week whilst there is sponsor’s stuff I have had to attend to and then the FedEx Cup thing came along,” said Els.

“Plus I’ve been in a bit of a rut in recent weeks playing that FedEx Cup in the States and I needed a change as I was kind going brain dead over there.”

“Now later next month we have the Final Series starting for the Race to Dubai and I want to play all those events.”

“So it’s getting a little tricky especially with my family now living in the US and I might have to start making decisions soon.”

Els was afforded European Tour ‘Life Membership’ in 1999 in recognition of double US Open success in 1994 and 1997 and also winning three straight World Match-Play Championship titles from 1994 to 1996 inclusive.

However last year was the first time in 14 years Els did not play 13 money list counting events in Europe and instead managed just 10.

And with Darren Clarke and Spain’s Gonzalo Fernandez-Castano to move to the PGA Tour later this year the last the European Tour needs is to loose a global player like Els.