Ewan Porter: The Next Chapter

Ewan Porter loves sport and the challenges of competing. For more than a decade he kept his dream alive playing professional golf in Asia and on the Nationwide Tour.

Porter had his moments in the roller-coaster life of highs and lows with professional golf. The high was shooting a peerless final-round six-under-par 66 in horrendous conditions to win the 2008 Moonah Classic by seven shots, in what was arguably one of the great exhibitions of golf on Australian soil. 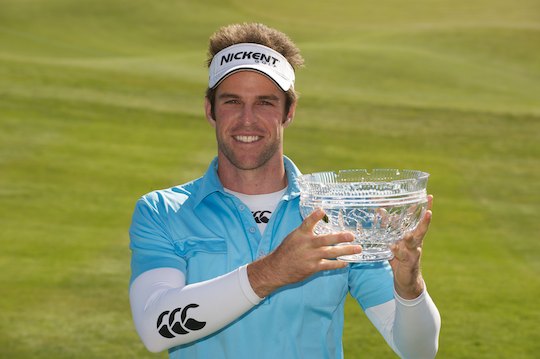 The lows – well there were plenty of those. From brushes with the law and golf officialdom to doubting his standing as a professional golfer.

Yet Porter is not a quitter and he has always kept his options open knowing one day he would have to consider life outside the game.

Now Porter is moving to the next stage of his career as he eyes off working in the media.

The next chapter you could call it and he’s written a book about his times as a player and what he sees as the next stage of life outside the ropes.

“My clubs won’t be collecting dust, I’ll be still playing when opportunities present themselves and I still want to be competitive.”

“I’m not one-dimensional and don’t want to be seen as just a golfer. The time is right for me to consider other opportunities outside golf.”

Porter’s manuscript of his life from over ten years on the professional golfing circuits is ready to be published and it provides a real eye opener about life on tour.

The stories move the reader through a wave of Porter’s experiences as he opens up about his emotions and feelings in what is a fascinating and frank account of realities of life on tour.

“I have experienced the cream of professional golf on a handful of occasions in a decade on tour – yet the rest of the times were just brutal,” says Porter. 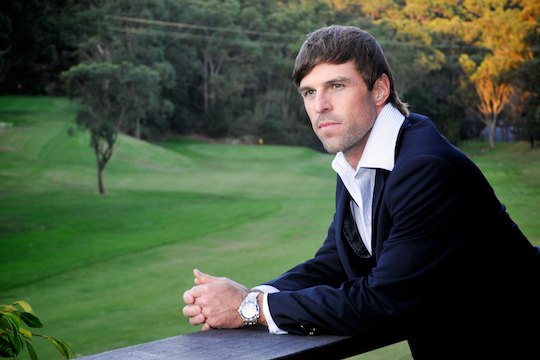 Porter is quick to highlight that his book is not a ‘tell-all’ account.

To the contrary, Porter examines the harsh realities of the tour and points out that golf is not all about the fame, money and glamour.

He is particularly critical of his formative years on tour – its isolation in comparison to the pampering of amateur golf that he received, which he feels did little to prepare him for the challenges on tour.

Excerpts from his manuscript get right to the point:

“Whilst it is not uncommon for children and teenagers to set their sights on global domination, the reality is a normal existence awaits them.”

“As much as I hate to admit it, those knucklehead teachers back in my high school days are in fact correct – something like one in ten thousand, or maybe an even higher figure can make a decent living as a professional golfer.”

“Now when I say decent living, I mean financially. This is not to say that you will enjoy the lifestyle being a professional golfer or for that matter a professional sportsman entails.”

Porter turned professional in 2001 and focused on playing in the US, where he won twice on the Nationwide Tour with the 2008 Moonah Classic (in Australia) and at the 2010 South Georgia Classic.

Consistency plagued him throughout this time and Porter openly admits this took a toll on him.

“Becoming a scratch player is easy, being an elite amateur you get everything given to you and it is easy, winning pro-am’s is not that difficult either, but being a consistent year-in, year-out tour player is another level altogether.”

It is not that Porter has turned sour about professional golf. He’s still young and good enough to mix it on tour. It is just that at the present time, he’s had enough of the tour life.

“You cannot let your mind get in the way too much, otherwise you will burn out,” says Porter.

“I have had the PGA Tour ‘carrot’ dangled in front of me, but now it has lost its lustre.”

This year on the PGA Tour with the season not even past the half-way mark, two players have already broken the US$3million mark and another thirty-five have banked more than US$1million.

However, they are the minority and rattling in the back of many a talented player’s mind is the notion that today’s rooster can easily become tomorrow’s feather-duster.

Porter is clear to point out that he’s not to be considered a spent force and he has not ruled out returning to a professional career in the future as he retains conditional status for another three years on the Nationwide Tour.

“You never say, never about not playing again,” he says.

“I still love the game and I’m passionate about the sport. I have won twice on tour and know what it is like heading down the stretch with a title in reach.”

“You never lose what you gain from those experiences. Being good enough to play is one thing, knowing how to win is another and once you have won – you can win again.”

Ten years as a professional golfer has given Porter invaluable life experiences. He has lived out of suitcases for most of that time, moved from countless residences and clocked some serious frequent flyers points in a life that boarded on nomadic.

Now it is time for him to move on and confront new challenges and make new inroads and Porter is ready.

“I have a new focus about where I see myself outside of golf,” says Porter.

“I’m as passionate as what I was ten years ago as rookie professional, yet this time I’m not as naive. You could say that I have had a reality hit, but it is more like I’m ready for the next chapter in my life.”