All the long hours and hard work that former touring professional Shani Waugh ploughed into women’s professional golf in this country had some reward last week.

Waugh, the former president of Australian Ladies Professional Golf (ALPG) was awarded life membership of the parent body following a unanimous decision by its members at their annual general meeting. 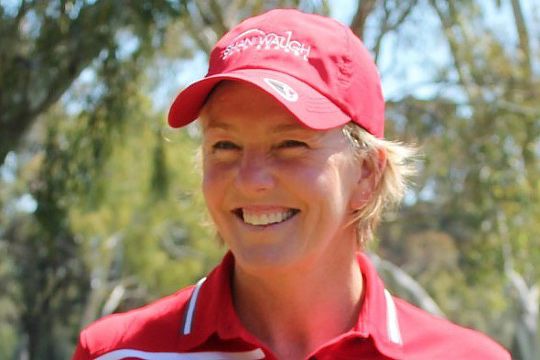 Of the 11 years the West Australian served on the board, Waugh spent six years as president.

Obviously she was delighted with the news:

“I was very humbled to receive the news from our President Julia Boland,” she said.

“It has been extremely rewarding to be a member, board member and President of an organisation that I have always strongly believed in.”

“I have to thank the staff and board members I served with and of course the wonderful members of the ALPG who kept me motivated and passionate for so long.”

ALPG CEO, Karen Lunn was among the first to congratulate Waugh after Boland’s announcement.

“I am delighted that the ALPG membership has recognised Shani’s enormous contribution to the organisation,” said Lunn.

“I have known Shani for a very long time and she thoroughly deserves this honour.”

“There have been many times when I witnessed Shani making personal sacrifices to fulfil her role as President of ALPG and she represented the organisation with pride, passion and determination, much like the way she carried herself as a player on the world stage for 16 years.”

Waugh played the European Ladies Tour and among her successes were the 1996 Portuguese Open, 2003 WPGA Championship of Europe and 2005 Thailand Ladies Open.