With many states, including Victoria, in a state of lockdown, the PGA of Australia has launchd a head-to-head battle of Australia’s 64 most accomplished professionals to keep our minds firmly focussed on golf.

To be conducted through the PGA Tour of Australasia’s Facebook page and in a matchplay-bracket formula, the best players our country has produced will have to progress past fellow legends via 32 first-round matches in a fan vote in order to ultimately be crowned our No.1 of all time Australian golfer. 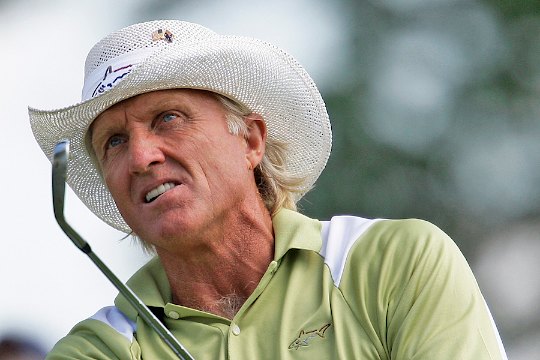 Whilst the concept is a welcome distraction from not being able to walk the fairways, it is bound to create plenty of debate as to which players progress or not.

Five-time British Open champion Peter Thomson has been seeded at No.1 and will face Japan Tour winner and all-around larrikin Peter McWhinney in the opening round.

Greg Norman, the No.2 seed, has been drawn against Stewart Ginn and third favourite Karrie Webb against two-time Australian PGA and 1949 Australian Open champion Eric Cremin in other first-round matches.

Whenever Australia’s greatest ever golfer is discussed the names Thomson, Norman and Webb come to the fore but PGA of Australia CEO Gavin Kirkman says the path to get to the final will provide some compelling matches along the way.

“I’ve worked in golf for the past 35 years of my life and I know myself I have had so many favourites throughout that time. Growing up I was a huge Greg Norman fan but when my father was alive it was Norman von Nida, Peter Thomson and Kel Nagle.”

“Then you move into the modern-day players like Adam Scott and Jason Day. Add in those guys slightly younger like Marc Leishman and Cameron Smith and I am really excited to see how that crop develops and the careers they put together.”

“It’s an incredible list of our highest-achieving golfers and I’m sure as we progress everyone is going to have their own favourites who they want to vote for.”

An independent panel of golf experts assembled the list of 64 of our greatest ever golfers with each player seeded and placed into four brackets.

Each day a golfer will go head-to-head with another of our country’s stars. The two-month-long competition comprises of 63 matches across 69 days.