Don’t mention the word ‘slump’ when you talk about the world’s best woman player Lydia Ko.

Fatigued? maybe…because Ko has been going through one of her quietest stretches of her career – at the ripe old age of 19. 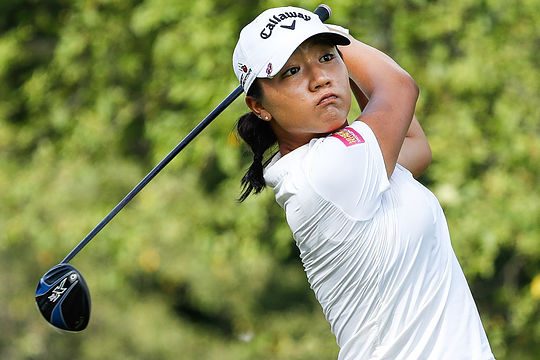 Ko still leads the US LPGA Tour in earnings this year with a cool $2,424,950 for her efforts yet, amazingly, this impressive young lady has not won a tournament in more than three months.

And by her own lofty expectations, that’s just not good enough and the first to feel the brunt of her frustrations was her Australian caddie Jason Hamilton, who has been shown the door.

The pair has been together almost two years and in that time Hamilton has guided Ko to 13 victories with 10 of those LPGA events and two of them major championship wins.

Yet Ko said she needed a fresh pair of eyes on her golf bag after she finished 51st at the recent Hana Bank Championship – her worst finish of the year.

“She told me in the clubhouse after the round that she felt like now was a good time to make a change,” said Hamilton.

“She said she thought it would be good to get a different set of eyes out there.”

“[But] nothing surprises me anymore after 26 years. These things happen, it’s part of the game.”

Hamilton didn’t need long to find more work; the following week he carried world No 8 Ha Na Jang’s bag and was hoping that could turn into a long-term partnership.

Still the man many rate as the world’s No1 caddy, fellow Kiwi Steve Williams admitted he was a little surprised at Hamilton’s sacking.

“This is the first form slump of any kind she’s had as a professional,” the former caddie for Tiger Woods, Greg Norman, Ian Baker-Finch and Raymond Floyd told a New Zealand website.

“And it’s only a slight form dip – and it doesn’t seem like a reason to release her caddie. “Maybe they’ve hit the panic button a bit early.”

Williams even suggested Ko’s parents, who were of Korean descent, might have influenced her decision.

“It’s quite well documented that Korean players – and I know Lydia is a New Zealander – tend to have caddies for a short time,” Williams said.

“And the parents or caregivers of these young women have a lot more to do with the day-to-day decision-making compared to more experienced professionals.”