Fowler: Play the world game and reap the benefits

See the world – and your golf game will reap the benefits.

That appears to be the advice of popular young American Rickie Fowler, who is still searching for his first major championship and at the age of 26 feels he is getting closer all the time. 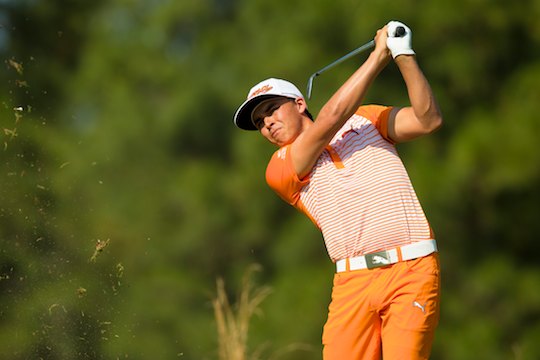 Fowler was in Abu Dhabi for last weekend’s HSBC Championship where he finished in equal 66th spot behind surprise winner Gary Stal.

And he hinted the travel should become a lot more popular with Americans if they were serious about taking their games to the next level.

“With a lot of the top players in the world being young guys, we’re excited to travel,” Fowler said.

“You usually get a couple of free days in the week and it’s fun to see new places.”

“You have to be open-minded when you’re travelling the world.”

Fowler indicated he would be back in Europe to play both the Scottish and Irish Opens later this year as part of his preparation for another tilt at the British Open.

He went close last year before finishing second to Rory McIlroy in the Open at Royal Liverpool but showed his game was getting better all the time as he made the cut in all four majors and won plenty of fans around the globe with his shotmaking.

Indeed the last two winners of Europe’s Rookie of the Year title have also been Americans, with Brooks Koepka winning it in 2014 and Peter Uihlein in 2013.

“I’m not saying it’s easier to come over here [Europe] by any means, but it’s done a lot for Pete and Brooks as far as going to places you’ve never been before.

“You’re learning about yourself, your golf game and growing up.”